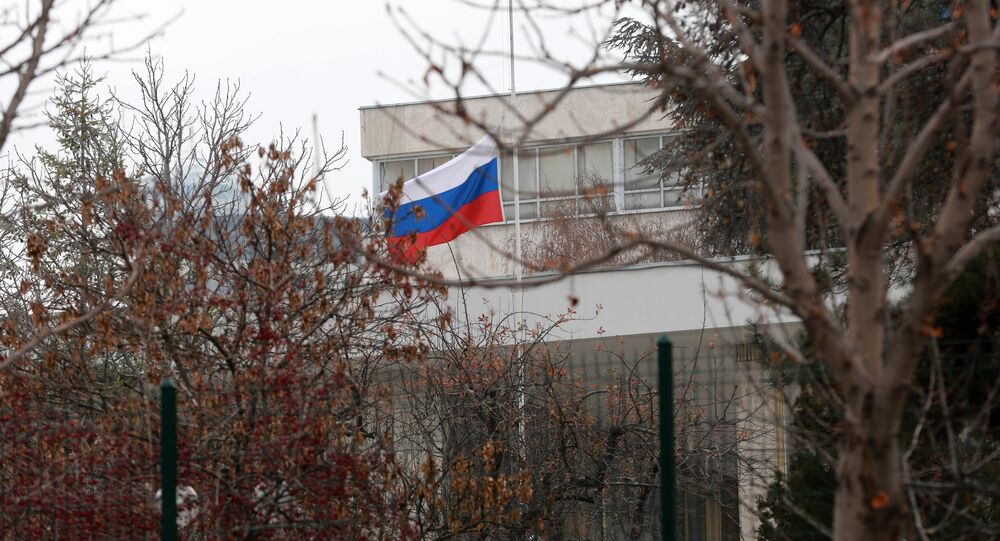 Russian Embassy Inquires About Detention Over Contacts With Ambassador's Killer

The Russian Embassy in Ankara requested additional information regarding the detention of a Russian citizen allegedly linked to the suspected assassin of the Russian ambassador to Turkey.

"Due to the latest media reports, the embassy sent an official inquiry to determine the causes, the date and circumstances surrounding the detention of the Russian citizen. So far, the embassy has not received a response," embassy spokeswoman Irina Kasimova said.

Ekaterina B., 33, is thought to have maintained telephone contacts and exchanging WhatsApp messages with off-duty police officer Mevlut Mert Altintas into late November, according to Turkish media.

Altintas shot Karlov at the opening of an art gallery exhibition on December 19, an act Moscow regards as a terrorist attack, and was killed by police at the scene.

Kasimova said both Turkish and Russian citizens have been taken into custody and questioned in the course of a joint investigation following Karlov's killing.