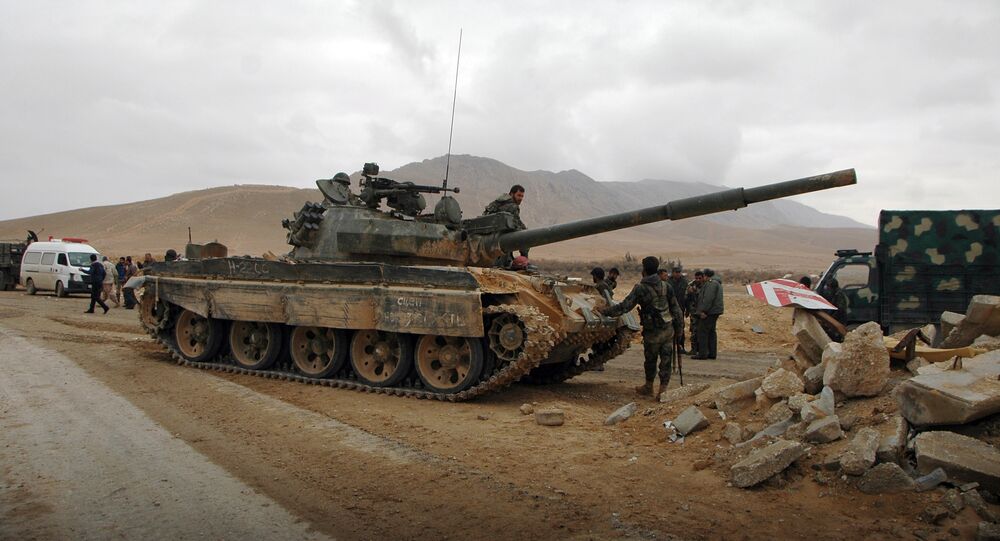 The success of the operation for the liberation of Syria’s Palmyra was made possible thanks to the actions of the Russian Air Force and the dedication of the Syrian military, Col. Gen. Andrei Kartapolov, the commander of the Russian military contingent in Syria, said Sunday.

© AP Photo / Omar Sanadiki
Liberation of Palmyra: What Lies Ahead for the Ancient City (VIDEO)
“I would particularly like to comment on the actions of our Air and Space Forces of Russia, which deprived the enemy of the ability to maneuver and promptly deliver reserves. Also the actions of the units of Special Operations Forces of the Russian Armed Forces that conducted reconnaissance and hit the most important targets,” Kartapolov told reporters on Russia 24 channel.

He went on to praise the Syrian troops that fought Daesh in the ground operation.

“I cannot help but note the bravery and self-sacrifice of the Syrian soldiers, officers and militia fighters who went in without sparing their lives to accomplish this task and reclaim this city for the Syrian people and for the whole of humanity… I think the most important thing is that the Syrian soldiers and officers believed in themselves, they believed that they can return what they had lost,” Kartapolov said.

The commander further said that the second retaking of Syria's Palmyra from Daesh went according to plan and with minimal losses.

“The operation to liberate Palmyra was carried out according to plan. We spent a lot of time in preparations and we considered all the factors that came up during last retaking of Palmyra, which allowed us to carry out the task within a short time with minimal losses,” he said.

Daesh first captured Palmyra in May 2015. In the ten months that followed, the brutal group, notorious for destroying pre-Islamic cultural heritage sites, leveled the Temple of Bel, the Temple of Baalshamin, the Monumental Arch and several tomb towers.

Some of the priceless artifacts on display at a local museum were smashed or defaced.

The Syrian Arab Army, assisted by Russian warplanes and its allies took Palmyra under control on March 27, 2016, but lost it on December 11. Daesh then destroyed a tetrapylon and part of a Roman theater in the ancient city, using it to carry out mass executions. Damascus-led forces retook Palmyra on March 2.