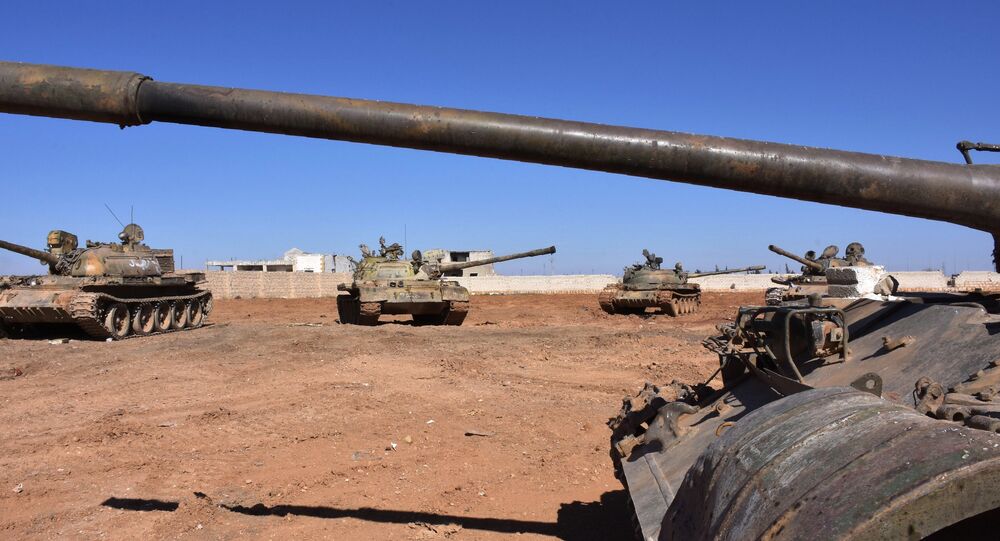 The Manbij Military Council has agreed to hand over areas to the west of the strategically important city in the Aleppo province to the Syrian Arab Army as part of a Russia-sponsored deal that will help to create a buffer zone between the Turkish military and the Kurds and allow the Syrian Democratic Forces to focus on the Raqqa offensive.

"The Syrian Democratic Forces (SDF) have reached a deal with Russia to cede control over areas and settlements to the west of Manbij along the contact line with the Operation Euphrates Shield forces to the Syrian Arab Army," the Manbij Military Council said in a statement, released on March 2. A day later, Lt. Gen. Sergei Rudskoy, chief of the Russian General Staff Main Operational Directorate, confirmed this information.

Ankara ostensibly launched Operation Euphrates Shield to push Daesh out of northern Syria and prevent Kurdish militias from creating a single area on the border with Turkey. The campaign was largely focused on liberating al-Bab in recent months, with the Turkish military and Ankara-backed rebels taking the city under control on February 23.

© AFP 2021 / DELIL SOULEIMAN
Russia Informs US of Moving Convoys to Manbij, US Operations Unaffected
Turkish authorities have repeatedly said that Manbij, a city administered by the Kurds since August 2016, is supposed to be one of the next targets for their campaign in Syria. Raqqa, the de facto capital of Daesh's caliphate, has also been on Ankara's agenda. However, on Monday, Turkish presidential adviser Ilnur Cevik indicated that Ankara planned to stop Operation Euphrates Shield once Manbij is captured.

Abd Salam Muhammad Ali, a representative of the Democratic Union Party (PYD) in Russia, pointed out that Turkey's military operation risks forcing the Kurds to fight on two fronts, against Daesh in Raqqa and Ankara-backed rebels in northern Syria. This appears to be one of the key reasons that prompted the Kurds to reach an agreement with Damascus.

"An alliance between the Kurds and the pro-government forces is feasible," Ali told RBC. He emphasized that the Kurds are not opposed to the Syrian government or President Bashar al-Assad and are not trying to overthrow him, adding that their primary objective is to make sure that the rights of minorities in Syria are protected under the new constitution.

© AFP 2021 / DELIL SOULEIMAN
'Chaos in the Region': Fighting in Syria's Manbij Persists Amid FSA Attacks
Abd Salam Muhammad Ali also suggested that Moscow and Turkey have an agreement on preventing clashes between forces loyal to Assad on the one hand and Ankara on the other.

Konstantin Truevtsev, a researcher at the Institute of Oriental Studies of the Russian Academy of Sciences, told RBC that Moscow and Damascus will not allow Ankara to capture more territories that are currently administered by the Kurds. Turkey will have to "abandon its plans" to advance deeper into Syria, he added.