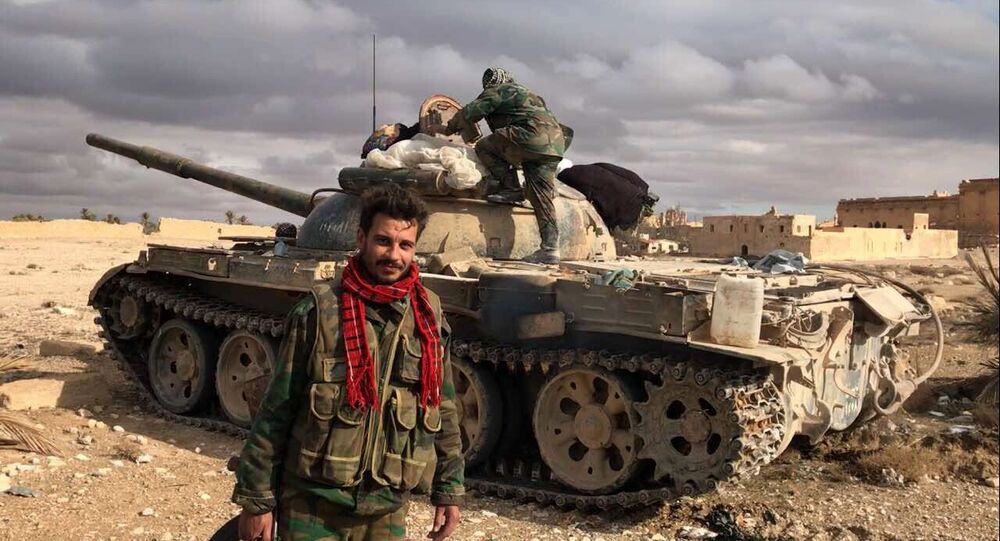 "Russian aviation and Special Operations Forces were instrumental in battering Daesh in the Palmyra area," he said.

He noted that the operation involved advanced Ka-52 helicopters which demonstrated high efficiency in the conditions of desert and mountains.

"The city has been completely liberated. Syrian government troops have taken the dominant terrain to the north and south of Palmyra and are advancing eastward," Rudskoi said.

He said Syrian combat engineers are checking building for explosives.

"Syrian combat engineers, trained by Russian specialists, have started defusing mines and explosives left by the terrorists," he said.

Rudskoi underscored that the success in Palmyra was achieved despite Daesh constantly getting reinforcements from Mosul and Raqqa.

"The militants lost over 1,000 people (dead and wounded). Nineteen battle tanks, 37 armored vehicles, 98 pickup trucks with mounted heavy weaponry, and over 100 cars were destroyed," he said.

He further pointed out that Russian jets have not delivered airstrikes on historic monuments that have not yet been destroyed by the terrorist group in order to preserve the ancient city's legacy.

"The results achieved were made possible thanks to the combined effective planning and timely concentrated efforts between the command of the Russian group in Syria and the Syrian armed forces," he stressed.

Rudskoi said the operation had been planned by Russian military advisers.

The Syrian Army regained control over Palmyra earlier on Thursday with support of the Russian aircraft operating in Syria.

© AFP 2020 / STR
Full Steam Ahead! Syrian Army in Combative Mood to Kick Daesh Ass After Retaking Palmyra
Less than a year after that the Syrian army supported by the Russian Aerospace Forces managed to liberate Palmyra. Russian specialists demined the historic center as well as residential areas of the city. Russian historians and renovators visited Palmyra in early July 2016 and prepared a report assessing the condition of the damaged sites and costs of the renovation works. However, in December 2016, the city was retaken by jihadists.