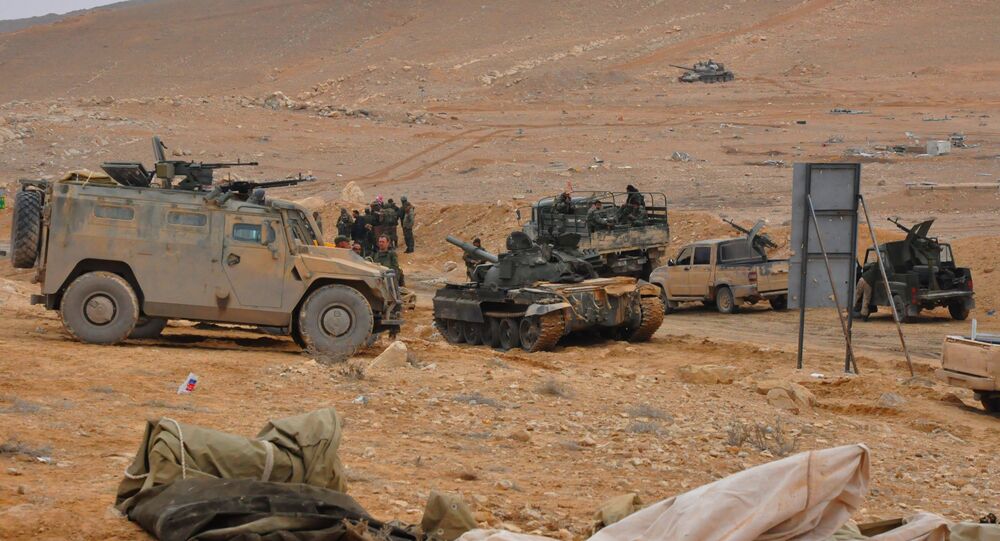 Liberation of the Syrian city of Palmyra from the Islamic State terror group, outlawed in Russia, is a step to restoring peace in the war-torn Syria, Dmitry Novikov, the first deputy chairman of the State Duma Committee on International Affairs, told Sputnik on Thursday.

MOSCOW (Sputnik) – The Syrian Army, supported by the Russian Aerospace Forces, completed the operation to liberate Palmyra from Daesh terrorists earlier in the day.

"At the current stage of the counterterrorism operation in Syria, Palmyra is a strategically important city. It was seriously damaged by hostilities during recent years. The liberation of Palmyra means strengthening the central Syrian authorities and consequently that is a step to ensure peace in Syria in the future," Novikov said.

​The Syrian army regained control over Palmyra earlier on Thursday with support of the Russian aircraft operating in Syria.

In March 2016, the Syrian army supported by the Russia's Aerospace Forces liberated the city. However, the jihadists succeeded to drive out the Syrian government forces in December 2016 after a large-scale offensive.