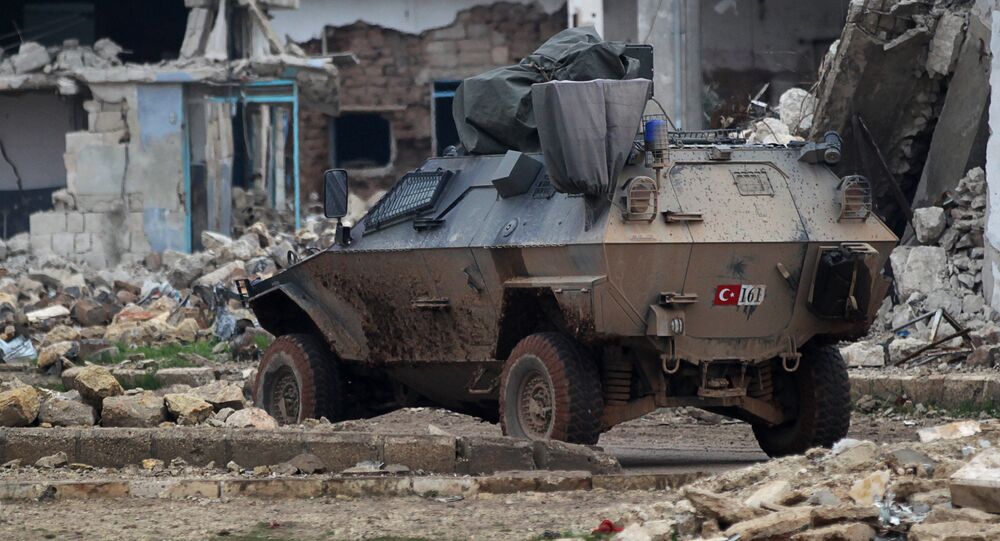 The Turkish leader said Ankara was ready to fight Daesh jointly with Russia if Moscow sent a corresponding request.

ANKARA (Sputnik) — Turkey is ready to fight the outlawed in Russia Daesh jihadist group in Syria jointly with Russia if it receives a proposal from Moscow, Turkish President Recep Tayyip Erdogan said Thursday.

"If Russia requests the continued joint fight against Daesh, then this fight can be carried out," Erdogan said as quoted by the Haber7 broadcaster on his return trip from Pakistan.

Erdogan said he planned to discuss the subject in Russia later this month. He is expected in Moscow for talks with Russian President Vladimir Putin on March 9-10, according to the Turkish diplomatic mission in Russia.

© REUTERS / Rodi Said
Much to Turkey's Dismay: US Expects Syrian Kurds to Join Raqqa Liberation
The next phase of Turkey's Euphrates Shield military campaign in northern Syria will target the Kurdish-controlled city of Manbij, the Turkish head of state confirmed.

He said Tuesday that the Turkish Armed Forces would advance toward Manbij and Raqqa if a mutual understanding with Russia and the US-led coalition was reached, calling on the Democratic Union Party (PYD) and Kurdish People’s Protection Units (YPG) to leave Manbij.

© Flickr / Thierry Ehrmann
Al-Baghdadi's "Farewell" Decoy: Daesh 'Retreating to Regroup and Strike Again'
On August 24, the Turkish army launched Operation Euphrates Shield against militants of the Daesh group, which is outlawed in Russia and many other countries. Since then the Turkish-led forces have driven Daesh from a number of settlements in northern Syria. The Turkish forces, with assistance from Syrian opposition fighters, occupied the city of Jarablus in northern Syria.