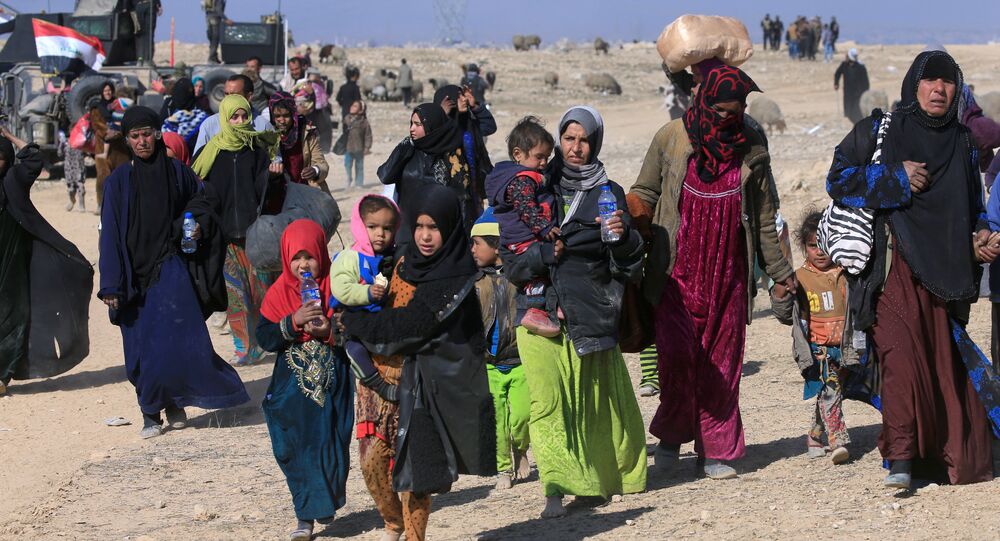 Approximately 4,000 civilians flee western Mosul every day as the operation to retake the city continues, the spokesman for the UN Secretary-General, Stephane Dujarric, said at a briefing on Wednesday.

UNITED NATIONS (Sputnik) —The operation to retake the western part of Mosul comes after Iraqi forces backed by the US-led coalition liberated the eastern part of the city in January after a four-month battle.

"Our humanitarian colleagues say that the number of people displaced by the ongoing fighting in western Mosul has continued to surge," Dujarric said. "Since 25 February, people have fled western Mosul at an average of approximately 4,000 people per day."

The operation to liberate Mosul from Daesh terrorists began on October 17, 2016. Iraqi troops have managed to retake the eastern part of the city, but the western part — on the right bank of the Tigris River — remains under militants’ control.