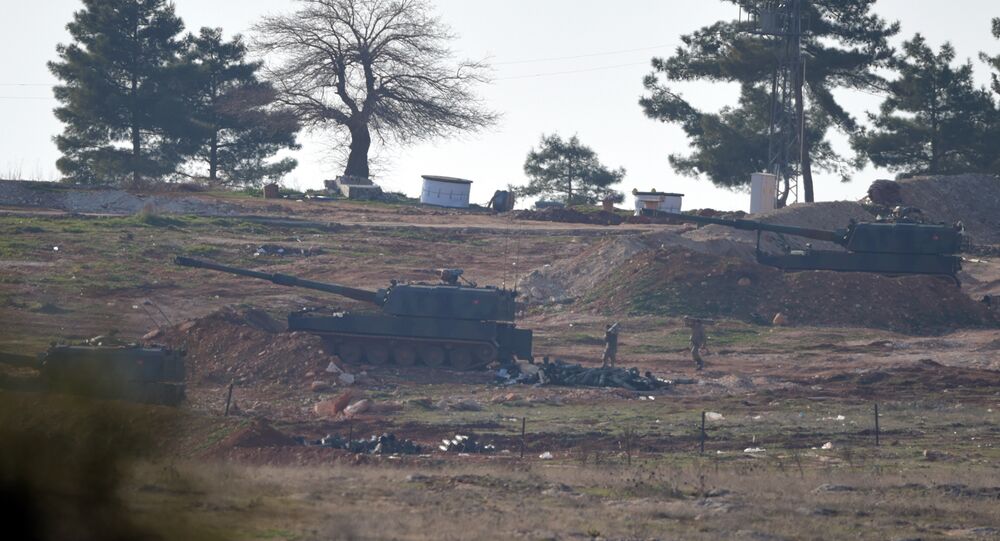 Turkey managed to secure its border from Daesh after liberating Syria's al-Bab, the head of US-led coalition against Daesh said.

WASHINGTON (Sputnik) — The Turkish military has secured its border from Daesh terrorists after liberating the Syrian city of al-Bab, Operation Inherent Resolve commander Lt. Gen. Stephen Townsend said in a briefing on Wednesday.

"With the liberation of al-Bab, Turkey has now secured its border from ISIS [Daesh]," Townsend told reporters.

On Friday, Chief of the Turkish General Staff Hulusi Akar said that al-Bab was under control and the goals of the Euphrates Shield operation in Syria had been achieved.

© REUTERS / Rodi Said
Much to Turkey's Dismay: US Expects Syrian Kurds to Join Raqqa Liberation
On August 24, the Turkish army launched Operation Euphrates Shield against militants of the Daesh group, which is outlawed in Russia and many other countries. Since then the Turkish-led forces have driven Daesh from a number of settlements in northern Syria. The Turkish forces, with assistance from Syrian opposition fighters, occupied the city of Jarablus in northern Syria.

Turkish President Recep Tayyip Erdogan said that the aim of the operation is to clear the territory of 5,000 square kilometers (1,930 square miles) in Syria as part of the operation and create a safe zone for refugees. Al-Bab is located 30 kilometers (18.6 miles) south of the Turkish border.