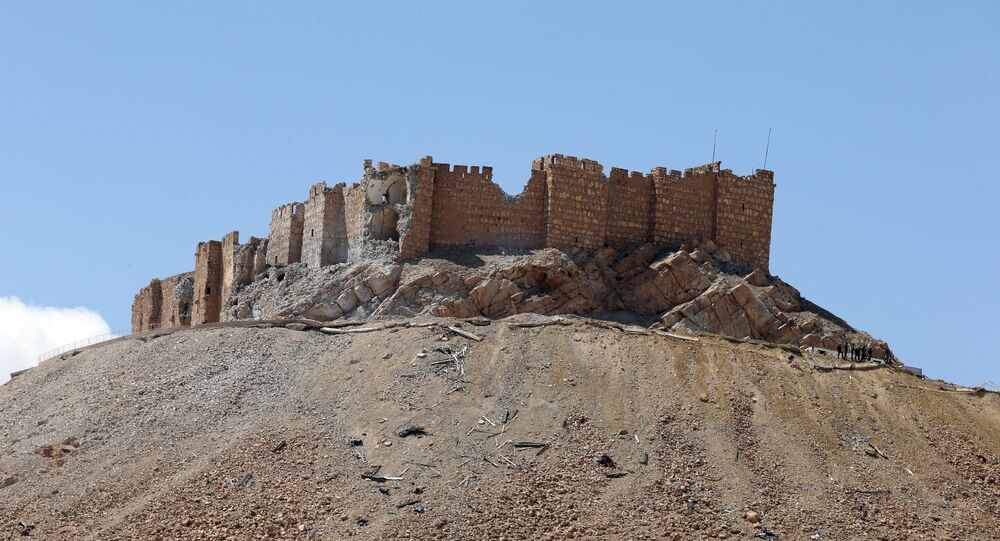 Syrian government forces along with their allies have recaptured Palmyra citadel from Daesh on Wednesday, securing complete control of the firing range over the city of Palmyra.

The government forces also took over a palace complex to the city's southwest, the Hezbollah-run outlet reported.

The source also said that the city of Palmyra is now within firing range of the Syrian government forces.

"The Syrian army has established complete control of the firing range over the heights around the historic Palmyra citadel… after Daesh terrorists had abruptly left the area," the source said.

© AFP 2020 / Ayham al-Mohammad
Palmyra in Sight: Syrian Army Fighting for Strategic Height al-Tar Near the City
Palmyra is considered key for advancing to Daesh stronghold of Raqqa in eastern Syria. Daesh seized Palmyra, which was the capital of the Palmyrene Empire and one of the richest cities of the Roman Empire, in May 2015. Terrorists destroyed a number of historic sights designated as UNESCO World Heritage Sites, including the Arch of Triumph, the Temple of Baalshamin and the Temple of Bel. Jihadists also looted the national museum and the famous Palmyra's necropolis.