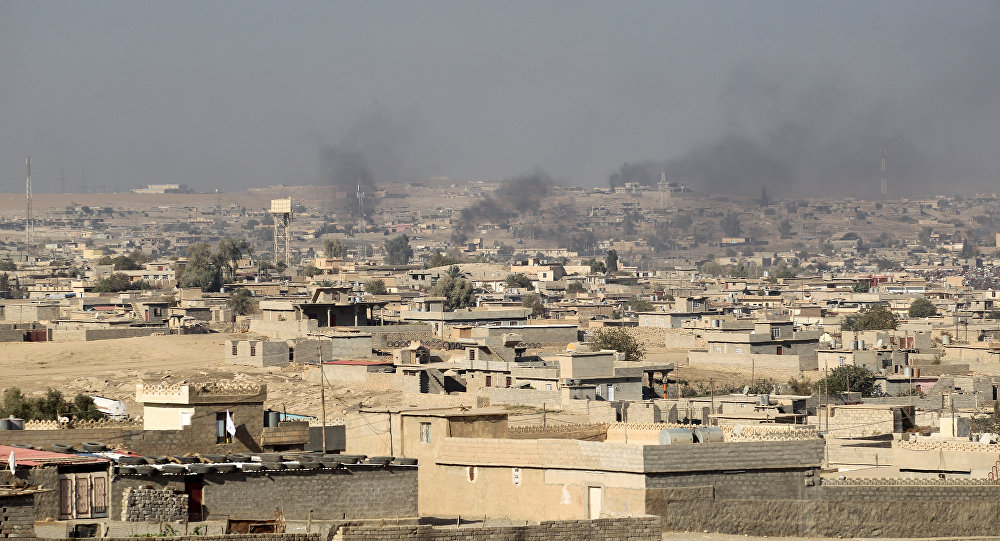 According to reports, International Organization for Migration expressed on Tuesday concern over thousands of Iraqis suffering from displacement and shortage of living essentials as clashes in the western part of the city of Mosul have intensified.

© AFP 2019 / ARIS MESSINIS
Iraqi Army Liberating Terrorist-Held Mosul One Block at a Time
MOSCOW (Sputnik) – The International Organization for Migration (IOM) expressed on Tuesday concern over thousands of Iraqis suffering from displacement and shortage of living essentials as clashes in the western part of the city of Mosul have intensified.

"There is serious concern for the 750,000 trapped in the densely populated western sector, with conditions worsening daily, according to reports and testimonies from those who have managed to escape," IOM Iraq Press Officer Hala Jaber said, as quoted in the organization's statement.

Referring to Iraq’s Ministry of Migration and Displacement (MoMD), the IOM noted that since February 19 approximately 10,000 people had fled from Mosul to emergency locations established by several humanitarian agencies in the country.

Jaber also added that over 250,000 people were expected to be displaced in the near future as the fighting escalated.

The statement cited the testimonies of the displaced people concerning the deteriorating conditions in western Mosul, such as food, fuel, medicine and water shortages, rocketing prices, and threats of the Daesh terror group, outlawed in Russia, against civilians.

On February 19, the operation aimed at liberating western Mosul from the Daesh was launched by the Iraqi forces.

Daesh terrorists took over Mosul in June 2014. The eastern part of the city was liberated by Iraqi and US-led coalition forces in late January.