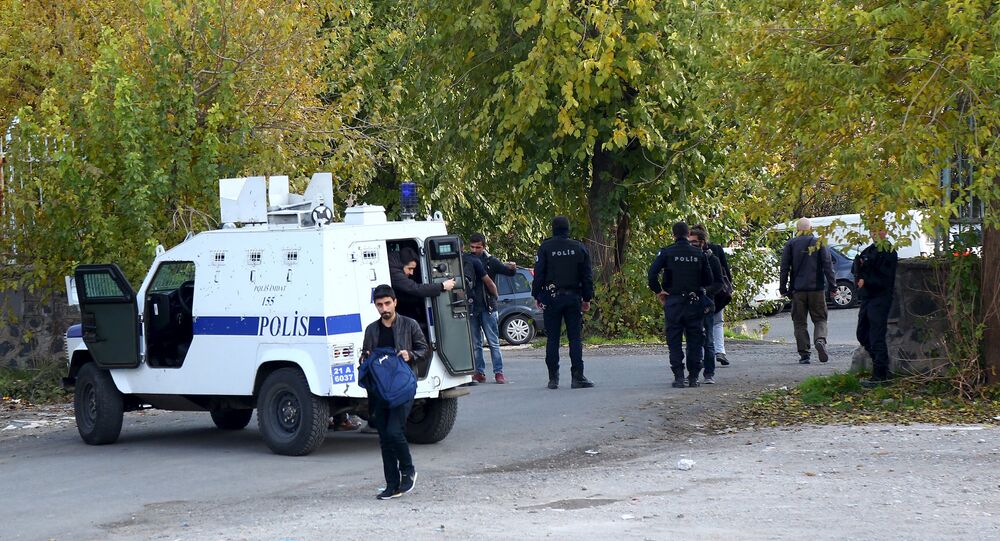 A bomb planted on the tracks has derailed a cargo train in the southeastern Turkish province of Diyarbakir, local media reported on Monday.

MOSCOW (Sputnik) — The hand-made explosives were allegedly detonated by members of the Kurdistan Workers’ Party (PKK), the Hurriyet daily claimed, throwing eight empty wagons off the tracks. There were no casualties.

An operation involving aerial support was launched by Turkish authorities to hunt for the militants suspected to be behind the attack, the outlet said.

The PKK, outlawed as a terrorist organization in Turkey, declared a ceasefire in 2013. It was halted two years later after the peace process between militants and the Turkish government broke down.

Sputnik Türkiye/HİKMET DURGUN
Turkey Sends Troops, Armored Personnel Carriers to Syrian Border – Reports
Turkey was hit by dozens of terrorist attacks throughout 2016 carried out by Daesh and PKK, listed as a terrorist organization in Turkey. The majority of terrorist attacks were directed against Turkish security forces engaged in violent clashes with PKK militants in eastern parts of the county striving to create their own independent state, as the Kurds represent the largest ethnic minority in the country.

Dozens of foreign nationals fell victims of the terrorist attacks carried out in Istanbul and Ankara. In particular, at least 39 people were killed, including more than 20 foreigners, 70 others were injured as a result of the shooting attack in Reina nightclub in Istanbul during New Year's Eve celebrations.