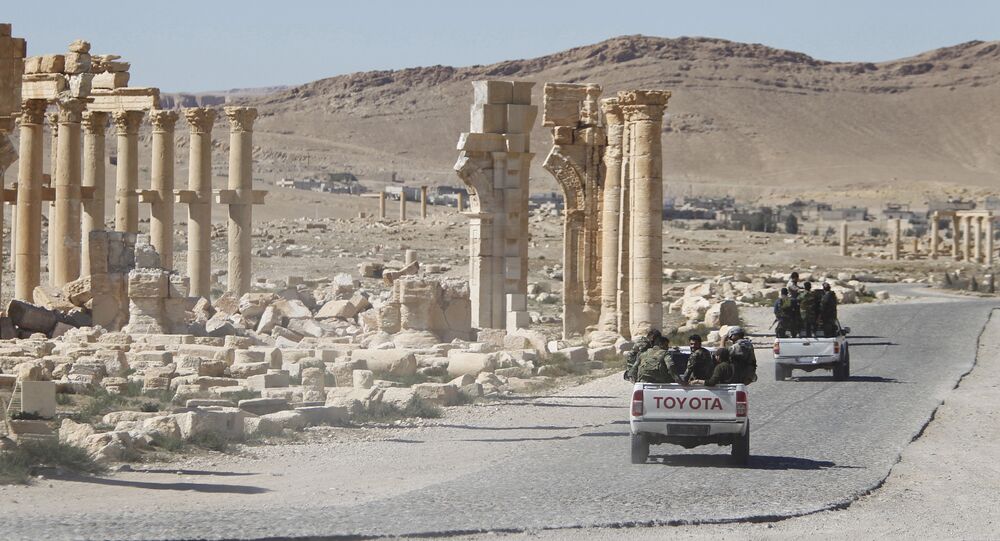 The Syrian army supported by the pro-government militia has gained control over the majority of strategic heights three miles away from Palmyra, a source at the scene told Sputnik.

DAMASCUS (Sputnik) — The situation will soon help the government forces to regain control over the state road intersection leading to Palmyra, the source added.

"It is premature to say that the entire Hayan mountain range is under the army’s control. However, Daesh militants were driven from most strategic heights. A number of heights opposite to the Hayan was also got under control," the source said.

Last week, the Syrian army liberated the strategic road conjunction three miles away from Palmyra. The area has been used as a bridgehead to free the adjacent heights from militants.

© REUTERS
Syrian Army Seizes Key Height From Daesh Near Palmyra
Daesh first seized Palmyra in May 2015 and lost it to Syrian government forces backed by Russian jets in March 2016. During the occupation, the terrorists blew up several monuments, including two 2,000-year-old temples and an arch.

Palmyra was recaptured by Daesh in December 2016, with the terror group’s gains in the historic city prompting the Syrian army to launch an offensive to retake it once again.