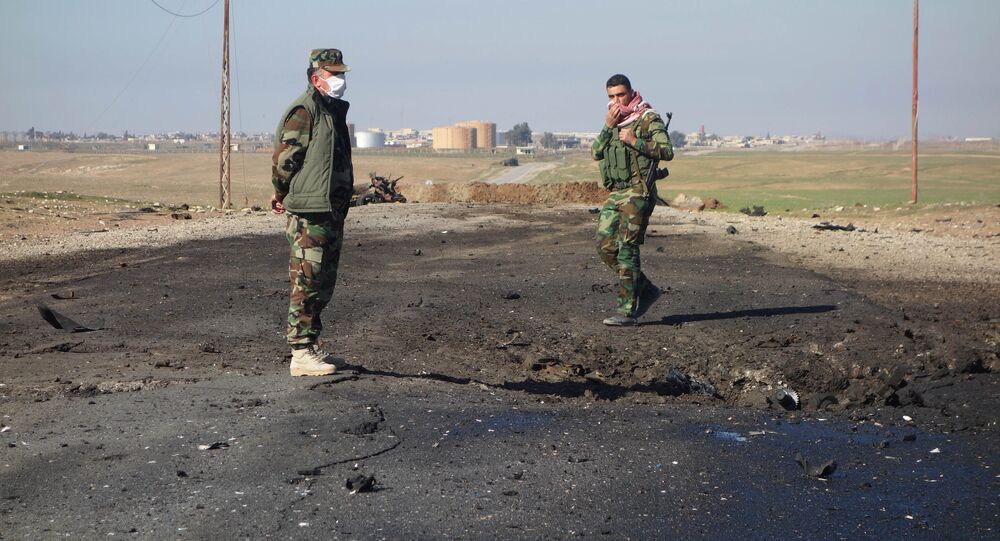 A reporter with the Iraqi Kurdish media organization Rudaw was killed by a roadside bomb yesterday as she was working.

Shifa Gardi, a 30-year-old presenter and chief of output at Rudaw, was covering the fight between Daesh and Iraqi government forces as Iraq wrests control from the city back from terrorists. She was presenting a special daily program on the Mosul offensive for Rudaw TV, and had recently started to cover the conflict from inside the embattled city, Rudaw said.

Cameraman Younis Mustafa was also injured in the attack.

In a statement on her death, Rudaw called Gardi one of their "most daring journalists."

Yesterday, Gardi had been searching for a reported mass grave where Daesh was said to have buried hundreds of civilians. An armed paramilitary group she and her team encountered told them they knew where the grave site was. The bomb exploded as the two groups were searching near the gravesite, killing Gardi as well as five members of the paramilitary force and injuring another eight, her network reports.

"Her death reiterates the role, position, sacrifice and resilience of women and proud youth of Kurdistan's nation. On this sad occasion, I direct my condolences to the family of Ms Gardi, her colleagues at Rudaw Media Network and Kurdistan's journalists as a whole. May she rest in peace," he said in a statement.

Many supporters and colleagues also commented on Gardi's work in what remains a male-dominated field in Iraq and the Middle East in general.

Gardi is the first journalist to be killed this year, but the 179th to have been killed in Iraq since 1992, according to the Committee to Protect Journalists. Six were killed there last year.

Gardi, born Shifa Zikri Ibrahim, was born a refugee in Iran, Rudaw reported. She began working in media in 2006.

Rudaw is funded by the Kurdistan Democratic Party (KDP).

Well-Known Journalist Killed in a Car Explosion in Kiev