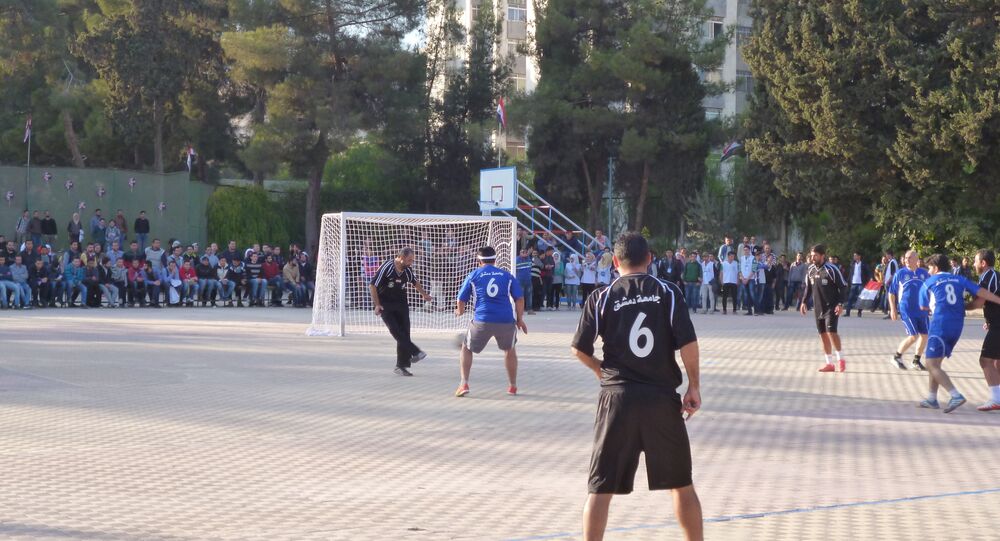 Tens of thousands of football fans turned up at a local stadium in Syria’s Mediterranean port city of Latakia to watch a derby game between the city’s top outfits Tishreen FC and Hatteen FC.

© Sputnik / Iliya Pitalev
Syrian Minister Praises Moscow for Convincing Rebels to Lay Down Arms
A day before the game police with sniffer dogs combed the area and helicopters made regular overflights of the territory before and during the match.

Now that jihadist terrorists holed up on the city outskirts have been flushed out and thanks to the good work done by local security forces, peaceful life is returning to the war-torn city.

Local residents are eagerly awaiting the resumption of festivities that have traditionally accompanied showdowns by the Tishreen and Hatteen teams.

Syria has been mired in civil war since 2011, with forces loyal to Syrian President Bashar Assad fighting against opposition factions and extremist groups such as Daesh, which is outlawed in Russia and many other states.

The ongoing war has forced over four million Syrians to flee the country and a further 7.6 million to become internally displaced, according to UN estimates.

Over 10,000 Militants in Syria Surrendered Arms, Returned to Peaceful Life