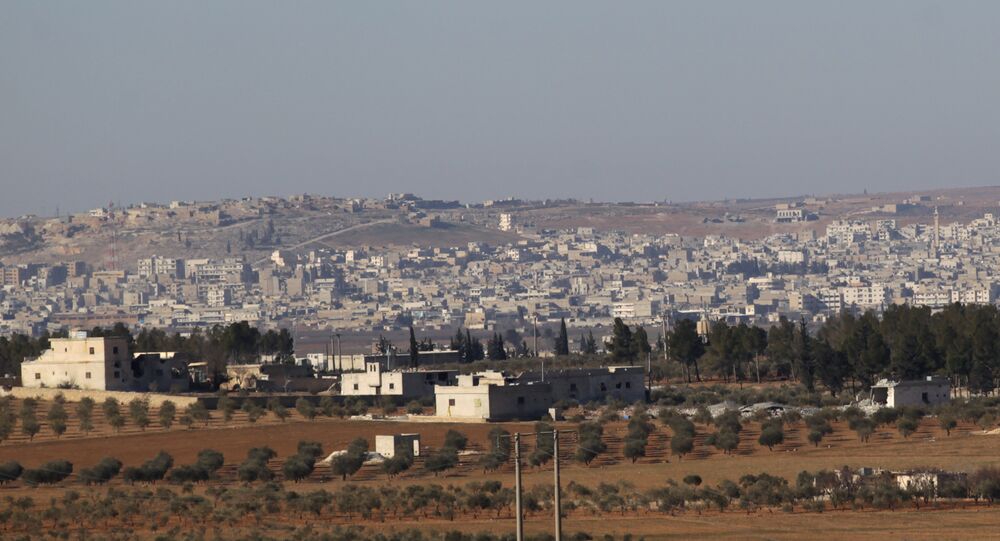 The Daesh has announced the start of its withdrawal from northern Syrian town of Al Bab, which is currently under siege by Turkish and Syrian forces, according to local media.

The Daesh has announced the start of its withdrawal from the town, which is currently under siege by Turkish and Syrian forces, the Al Mayadeen channel reported.

Turkish-backed Syrian opposition fighters said that Al Bab was fully under their control earlier in the day. Turkish Defense Minister Fikri Isik later stated that most of the town was under Syrian opposition control after the fighters entered the town center.

Turkish-backed forces made advances into the town earlier this month. The town's remaining jihadist-held areas thus came under siege as the Syrian army had approached Al Bab from the south earlier on, cutting off militant retreat routes.

© AP Photo / Aamaq News Agency
Turkish Shelling Kills at Least 11 Civilians in North Syria's al-Bab
The Euphrates Shield operation by Turkey and Syrian opposition started on August 24 after Turkish troops crossed into Syria. The city of Jarabulus in northern Syria was captured before the offensive on Al Bab began. Turkish President Recep Tayyip Erdogan said that the aim of the operation was to clear the region of terrorists and make it a safety zone for refugees.

The Daesh took over Al Bab in 2013 as it spread throughout Syria amid the country’s ongoing civil war.