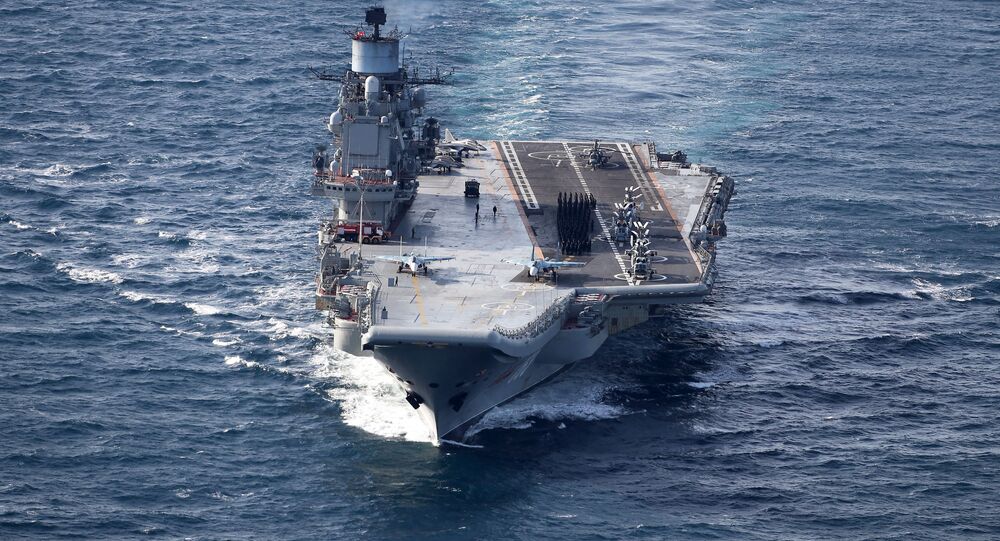 "[You] caused significant damage to international terrorist groups, their bases, their arms and munitions depots, the equipment and infrastructure. And of course, this facilitated the positive results of all countries which are fighting international terrorism in this case in Syria, and promoted the creation of conditions to continue the peace talks between the Syrian government and the armed opposition," Putin said speaking to Russian servicemen on the Defender of the Fatherland Day.

Thousands of militants from Russia and former Soviet republics are presently in Syria, Putin said.

"For us, it is not less, or maybe more, important that unfortunately great numbers of militants hailing from the former Soviet Union and Russia itself gathered in Syria. According to preliminary data, we are speaking of thousands. According to the Main Intelligence Agency and the Federal Security Service, up to 4,000 people from Russia and some 5,000 from republics of the former Soviet Union," the president said.

Russian servicemen ensured Russia’s security while carrying out combat tasks in Syria, and their experience will be studied and used in the future.

"I very much hope that the experience you have acquired in the course of this military operation will be carefully studied and used in the future by you, and by the coming new generations of the Russian sailors," Putin said.

Vladimir Putin congratulated Russian servicemen on the Defender of the Fatherland Day and thanked them for successes in fighting international terrorism in Syria.

"I want to congratulate you and to thank for the combat work you have done. You have opened a new page in the history of the Russian Navy. And it is not only that the successful campaign was so far and complicated, but since it was challenged by the opposition to our efforts in fight with international terrorism by our so-called partners," Putin said.

© Sputnik / Iliya Pitalev
Russia's Spetsnaz Plays Key Role in Destroying Terrorist Targets in Syria
He noted that the work in Syria was carried out "with dignity," since many things were done for the first time, including the use of MiG-29 Fulcrum fighter jets and high-precision weapons.

The president said that it was his own initiative to deploy the Russian naval group with aircraft carrier Admiral Kuznetsov to Syria.

"Due to my position, I must control the development of the armed forces and the future, the present day. The [defense] minister and the head of the general staff know that the initiative of your campaign and preparation of the campaign was my own," Putin said speaking to Russian servicemen.

A group of Russian warships headed by Admiral Kuznetsov, accompanied by the Pyotr Veliky battle cruiser, the Severomorsk and Vice-Admiral Kulakov anti-submarine destroyers, the Admiral Grigorovich frigate and support vessels, carried out a counterterrorism operation in Syria starting on November 8.  On January 6, Putin ordered to return the group after a new ceasefire was announced. The group returned to their base in Severomorsk on February 8. Russian military said the naval aviation had destroyed 1,252 terrorist targets.

Russia does not task itself with interfering in Syria’s internal affairs, it is only necessary to fight terrorists in the country, the Russian president said.

"It is necessary to ensure that there is no outside interference in resolving this key issue, preserving the territorial integrity of the country. Our task, as you know, you did this work, is fighting against terrorist groups," he said.

Putin expressed hope that Syrian political process will be developed at the intra-Syrian talks in Geneva as well as in Astana.

"As a result of your work, I think we can safely say so, [we have] the first successful negotiations in Astana between the armed opposition and the Syrian government with the participation of Russia, Iran, Turkey and Jordan. I very much hope that the political process, which in fact has been put on a practical basis for the first time, will be developed at the ongoing negotiations in Geneva as well," he said.

© REUTERS / Ali Hashisho
Syrian Peace Settlement: What Choice Moscow, Iran Are Going to Face in the Region
Since 2011, Syria has been engulfed in a civil war, with government forces fighting against numerous opposition and terrorist groups, including al-Nusra Front and Daesh, banned in a range of countries, including Russia.

Putin announced in December that the Syrian government and armed opposition groups had reached an agreement on a nationwide ceasefire in Syria and on readiness to start peace talks.