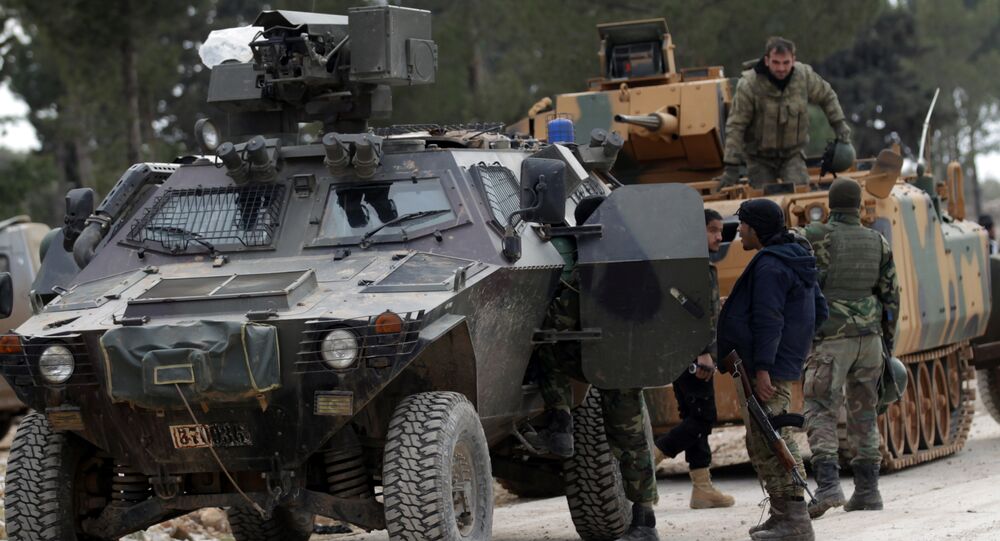 Turkish Prime Minister Binali Yildirim said that the situation in Al Bab is now under control, however the operation to clear the city from terrorists is still continuing.

"The units of the Turkish Armed Forces are in Northern Syria, supporting the approaching troops of the [opposition] Free Syrian Army. The same tactics can be implemented against the Islamic State terror group in Raqqa," Yildirim said, as cited by Anadolu news agency.

He noted that the situation in Al Bab is now under control, however the operation to clear the city from terrorists is still continuing.

"The terrorists' supply routes have been completely eliminated," the Turkish prime minister stressed.

According to Yildirim, Turkey is ready to continue the Operation Euphrates Shield in Syria after the clearing of Al Bab is complete.

"The main condition for this is the [United States’] stopping cooperation with some terror structures against others," Yildirim said.

The prime minister also noted that the United States had promised Turkey to liberate the city of Manbij from the People's Protection Units (YPG), however the promise had not been kept. According to Yildirim, Turkey aims at liberating Manbij even if the United States continues to support YPG in fighting against the Daesh terror group.

© REUTERS / Khalil Ashawi
Turkish Forces 'Could Stay' in Syria's al-Bab After Its Liberation
The Turkish Armed Forces started the Operation Euphrates Shield against Daesh terror group on August 24, 2016. Together with the Syrian opposition Turkey took over the city of Jarabulus in the north of Syria and is currently operating the Al Bab town located 30 kilometers (18.6 miles) south of the Turkish border. According to Turkish President Recep Tayyip Erdogan, the country aims at clearing the territory of 5,000 square kilometers (1930,5 square miles) as part of the operation and creating a safe zone for placing refugees there.

Ankara considers YPG, the armed wing of the Democratic Union Party (PYD), to be affiliated with the Kurdistan Worker's Party (PKK), which is listed as a terror group in Turkey. The United States has been supporting the YPG fighters in eliminating Daesh from the northern Syrian areas Hasakah and Kobani and is now cooperating with YPG in Raqqa as part of Euphrates Wrath Operation led by the United States.