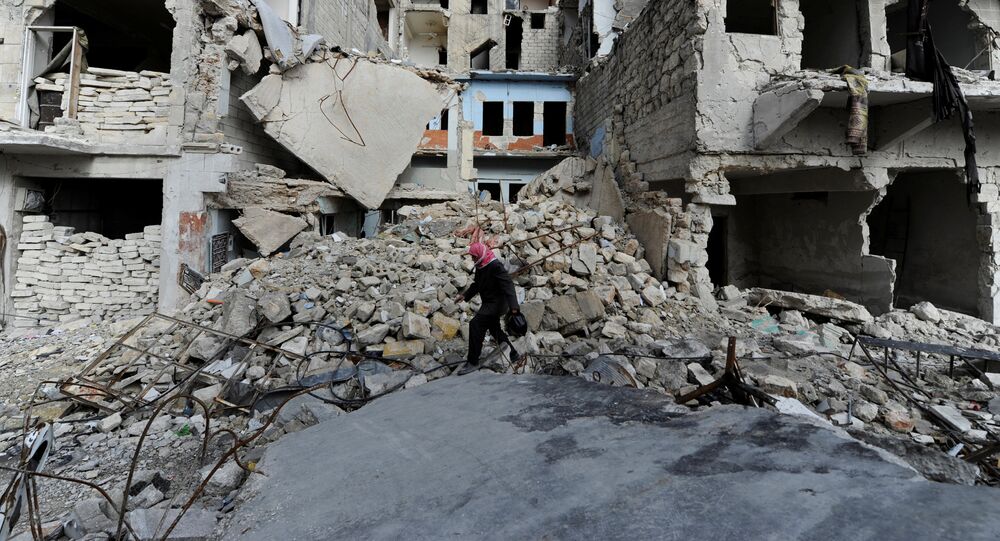 Syrian Conflict Unlikely to End in Near Future - UN Chief

UN Secretary-General Antonio Guterres believes that the ongoing Syrian crisis is unlikely to end in the near future.

© REUTERS / Andrew Kelly
Some UNSC Members Still Favor Fueling Syrian Conflict, Removing Assad Over Peace - Churkin
MOSCOW (Sputnik) — The ongoing civil war in Syria will barely end in the near future, as many of the parties to the conflict consider that they could win the war, UN Secretary-General Antonio Guterres said Saturday.

"I think that this is only possible, when none of the parties of the conflict think they can win. I am not sure we are yet there in Syria. I am afraid that some might still think, and I think it is a total illusion, that they might win that war. And so I am not optimistic about the short-term solution for the Syrian crisis," Gutteres said, speaking at the Munich Security Conference about his views on the prospects of the conflict in the Middle Eastern nation.

He added that the efforts should be made to convince the international countries, such as the United States, Russia, Turkey and Jordan, supporting different parties to a conflict, either directly or indirectly, that the Syrian crisis had become a "terrible threat" for them and end of the conflict was in their interest.

The international community has undertaken a number of efforts to end the conflict in Syria, which has been lasting for almost six years. Despite the fact that hundreds of thousands have been killed and million more have been displaced a number of opposition fractions and extremist groups have been fighting against government forces across the country.

Russia Did Not Impose Draft Constitution on Parties to Syrian Conflict