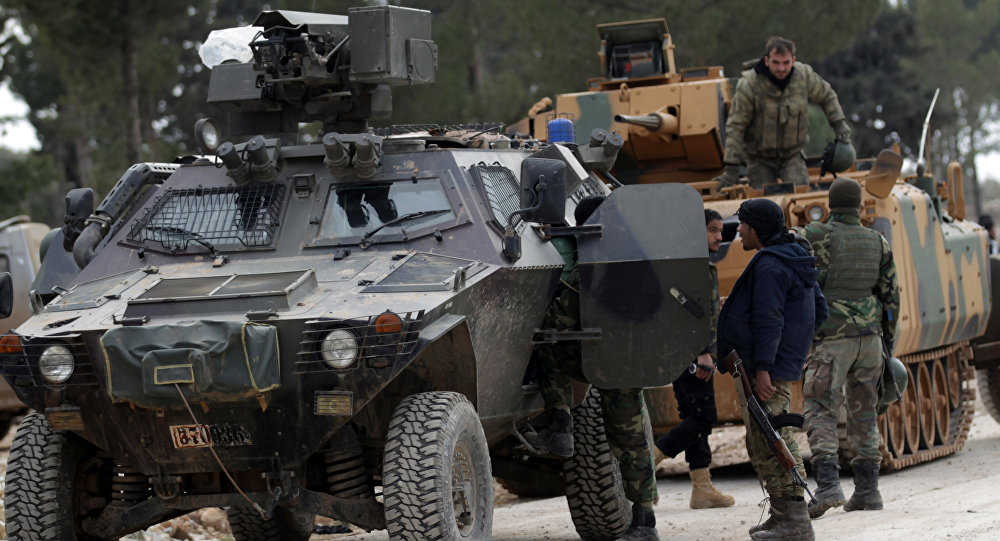 On Thursday morning, Turkish media released reports about the full liberation of the Syrian city of al-Bab from Daesh, citing the head of the Turkish General Staff Hulusi Akar. Capturing the city is of strategic importance to Turkey in order to prevent the Syrian Kurds taking it and unifying their own territories. 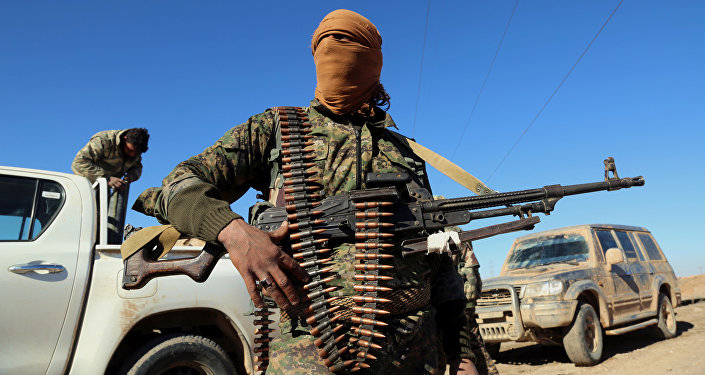 © AFP 2019 / DELIL SOULEIMAN
Turkey Unwelcome: Syrian Kurds Ready to Defend Territories Liberated From Daesh
Meanwhile, the Turkish General Staff has not confirmed this information, while the country's Defense Minister Fikri Isik said that al-Bab is surrounded and that the military operation is underway.

In an interview with Sputnik Turkey, retired Lieutenant-General of the Turkish Air Force, Erdogan Karakush commented on the situation in the city and the statements of Turkish officials.

According to him, the liberation of the city doesn't mean that the Turkish troops would leave the area right away.

"The US supports the Democratic Union Party (PYD), which controls the territory to the east of the Euphrates. PYD forces seek to capture Raqqa, and if this happens, Syria will be divided. Therefore, Turkey has, in addition, to take action to prevent Syria's division and to work hard on weakening the positions of the PYD and the PKK," Karakush told Sputnik.

The Democratic Union Party (PYD) and Kurdistan's Workers Party (PKK) are left-wing Kurdish political parties, which Turkish authorities view as the main threat to their country's unity. The PYD was established in 2003 by Kurdish activists in northern Syria, while the PKK is currently active in Turkey and Iraq.

"Turkish troops should encircle Kurdish forces and prevent them from moving toward Raqqa. I believe that it would be the right strategy. In addition, it could contribute to the withdrawal of PYD troops from Manbij. It will also correspond to Russia's and Syria's interests. Why? Because such a strategy, which will prevent the Kurdish forces from extending their influence to the territory to the west of the Euphrates and creating a large Middle Eastern corridor, will help maintain the integrity of the Syrian state," Karakush concluded.

Al-Bab, Syria is one of Daesh's last remaining strongholds near the Turkish border. The military operation there is being conducted in coordination with Russia to prevent clashes with Syrian government forces.