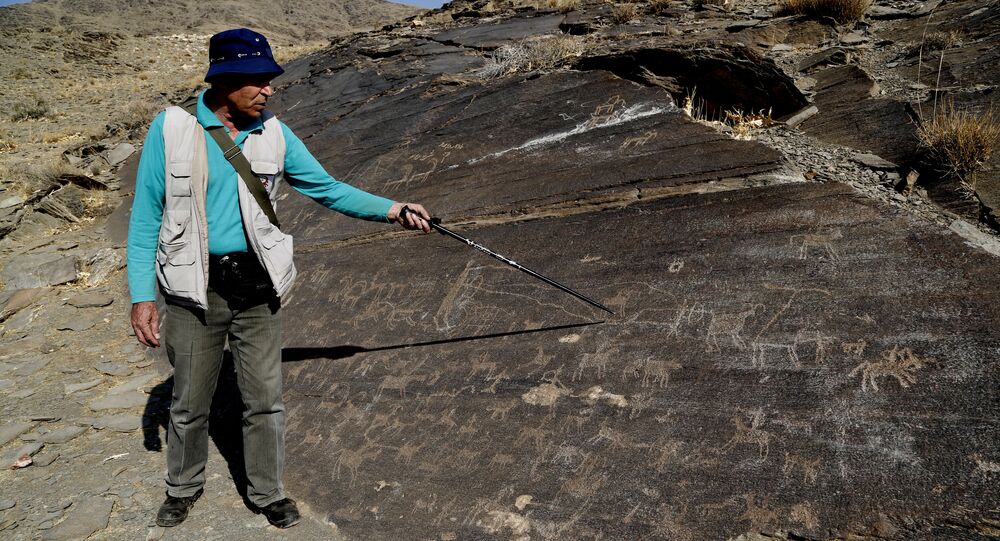 Archaeologists and historians discovered an observatory from the 3rd or 4th century during excavations in the south of Iran.

Traces of the ancient observatory were found during the excavation of the Paregan mound in the province of Khormozgan in southern Iran. The remains likely belong to the reign of the Sassanian dynasty from 224 to 651 CE, Ali Asadi, the head of the archaeological team, told Tasnim news agency. The Sassanian Empire was the last imperial dynasty in Persia, now modern-day Iran, which ruled before the rise of Islam.

"Judging by the location of ceramics, this object belongs to the reign of the Sassanian dynasty," Asadi said. "However, scientists continue to work on the dating of the found artifacts."

© Photo : Rokna twitter
Remains of a 'Giant' Discovered Alongside Ancient Treasure Trove in Iran
According to Asadi, the first time the Paregan mound attracted the attention of historians was back in 2005, during an archaeological analysis of this area in Khormozgan province. In 2011, the first phase of excavations began.

Unusual cyclic structures were also found in the mound. "We can conclude that this structure served as an astronomical observatory," the archaeologist added.

To verify data on the findings, Asadi's research team initiated the second stage of excavations. The archaeologists have already received a license from Iran Cultural Heritage, Handcrafts and Tourism Organization and started the excavating process.