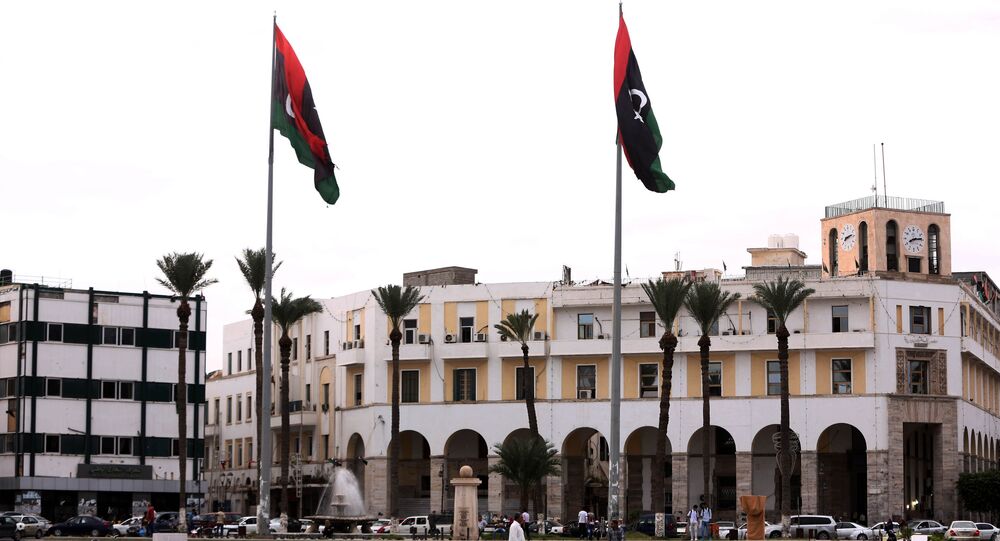 UNITED NATIONS (Sputnik) — The efforts to form parallel military forces in Libya that could hinder the implementation of the country’s peace process are a cause of concern, Kobler said in a statement on Wednesday.

"Attempts to create parallel bodies and obstruct the implementation of the Libyan Political Agreement (LPA) will generate further disorder and insecurity," Kobler stated.

Kobler called in the statement for a United Libyan Army to provide "security for all Libyans" under civilian control and with a clear chain of command.

He also called for police and security forces being promptly activated to ensure safety of all Libyans.

© Sputnik / Vladimir Fedorenko
Russian Sailors Detained in Libya Provided With Lawyers to Prepare for Trial
Moreover, Kobler expressed full support for the legitimate Libyan authorities and for a "reinvigorated political dialogue" to implement the LPA.

Eralier it was reported, that the leaders of rival Libyan governments agreed to hold both the presidential and parliamentary elections in the crisis-torn country in 2018, a spokesman of the Egyptian Armed Forces said Wednesday.

The United Nations Support Mission for Libya is a special political mission created in 2011 by the UN Security Council at the request of the Libyan authorities to aid the country's newly established transitional government created after six months of armed conflict.