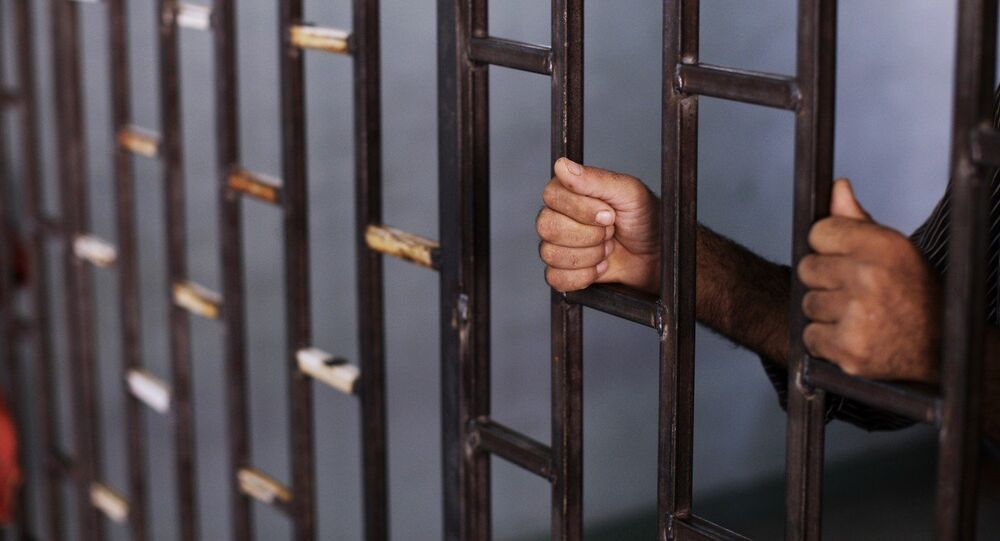 It appears that Amnesty International's latest report on mass extrajudicial killings in one of Syria’s most notorious prisons appears to be questionable at best, according to a former British ambassador to Syria.

© AFP 2021 / STAN HONDA
Confirmed: US Used Depleted Uranium Shells Against Daesh in Syria
On February 7 Amnesty International issued an explosive report titled ‘Human Slaughterhouse, Mass Hangings and Extermination at Saydnaya prison, Syria,' claiming that the Syrian authorities were responsible for killing 13,000 opponents of President Bashar Assad at the Saydnaya prison located on the outskirts of Damascus.

However, both the time of the its publishing and a number of dubious facts it contains make the veracity of this report suspect at best, former British Ambassador to Syria Peter Ford told Sputnik.

According to the report, the aforementioned thousands of killings were committed between September 2011 and December 2015. Therefore, Ford argues, it appears odd that the report was released only now in 2017, after the liberation of Aleppo by Syrian army and the successful negotiations in Astana which bring the Syria closer to a political solution for the ongoing war.

"It is very odd that it comes out at this moment after what happened in Aleppo, after the success of the Astana talks, after the likelihood that America would start talking to the Russians about cooperation in Syria. It’s very strange, especially given that this report has been over a year in gestation. You have to ask, ‘why now?’" Ford pointed out.

He noted that not only is the report based on interviews with anonymous witnesses and doesn't provide a hint of evidence, but these nameless sources were also wrong on a number of basic facts, which in turn puts the veracity of other claims in doubt.

"Clearly none of the authors of the report have actually been to Saydnaya; I have. When I was British ambassador in Damascus I had the chance to go to Saydnaya numerous times. I did not enter the prison, but I saw the building. I saw, for example, that it would be literally impossible to contain what Amnesty say in the report ten to twenty thousand prisoners at one time. Ten to twenty thousand is a fair-sized town; the building that I saw at Saydnaya could not possibly accommodate more than 10 percent of those numbers. So when they get this basic information wrong, you have to wonder about the veracity of the rest," the former ambassador remarked.

Ford also said that the report’s sources claim that Saydnaya became Syria’s main political prison in 2011, which turned out to be false as well.

"It was already, when I was in Syria in 2006 and many years before then, Saydnaya was the main political prison." Ford clarified. "When they get this level of detail wrong I find it very hard to believe anything at all."

The former ambassador referred to the organization as "the spearheads of liberal interventionism", citing Amnesty International's "sensationalist" reports of the Iraqi invasion of Kuwait.

"Amnesty said that they had verified that claims that Iraqi soldiers had stolen incubators in Kuwaiti hospitals and left babies on the floor to die. Turned out this was a total fabrication…they were gullible and they used it and it helped to justify the Iraqi war." Ford said.

Amnesty International has been repeatedly criticized by some countries, including Russia, the United States and China, for spreading misleading information and acting as an instrument of propaganda and information wars. In 2013 the International Business Times wrote that in the past Amnesty received funds from the European Commission, from the governments of the Netherlands, the US, Norway and, in 2009, it received 2.5 million euros from government entities.

"They have become part of the liberal, elite establishment; part of the vanguard of liberal interventionism. They have lost their way. And this latest report will do them no credit," Ford surmised.