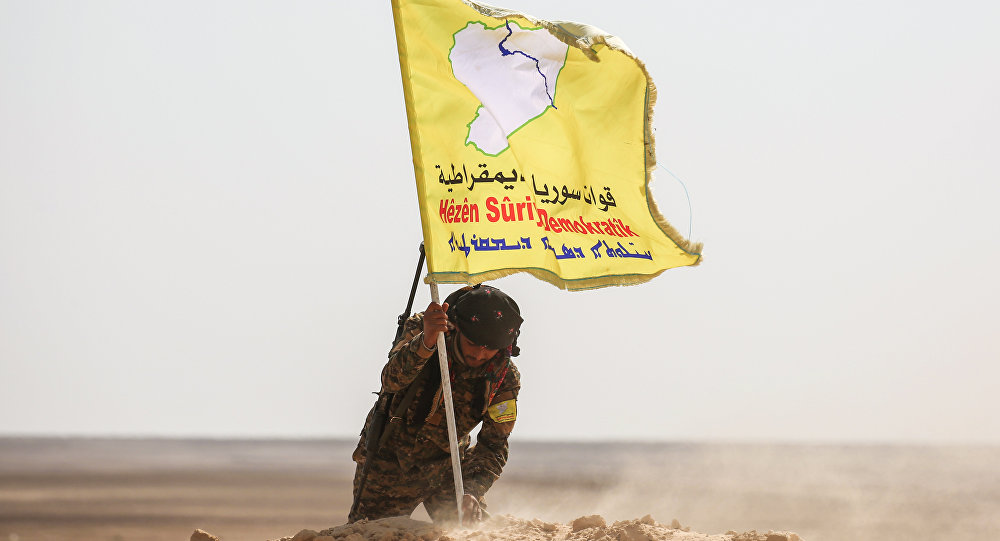 Anwar Muslim, the chairman of the Kobani provincial government, said that a goal of Syrian Kurds is to liberate not only Raqqa, but all territories seized by the Daesh.

© AP Photo / Qasioun News Agency
Turkish Army Might Get Bogged Down Liberating Raqqa From Jihadists
MOSCOW (Sputnik) — Syrian Kurds are conducting a successful offensive, coming close to Syria’s northern city of Raqqa, a stronghold of the Islamic State (ISIL or Daesh) terrorist group, and planning to fully liberate the city from Daesh militants, Anwar Muslim, the chairman of the Kobani provincial government, told Sputnik on Tuesday.

"We are carrying out a successful offensive, nearing Raqqa, we are coming closer to the city… We will fully liberate it soon … Our goal is to liberate not only Raqqa, but all territories seized by the IS," Muslim said.

The success of the offensive is ensured by the support of many local residents, including from the Arabic tribes, with dozens and hundreds of people joining the Kurdish forces every day, the official said. 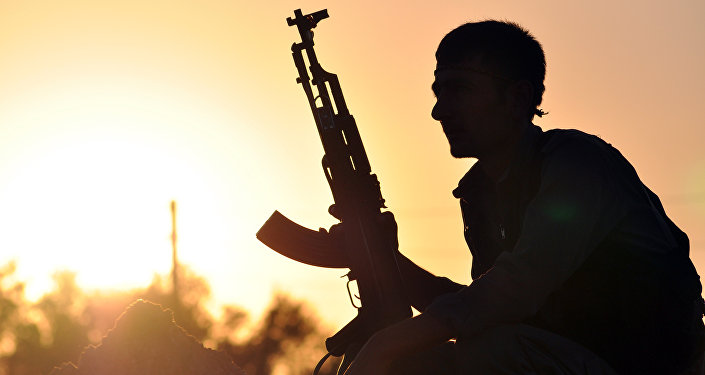 © AFP 2019 / DELIL SOULEIMAN
Turkish Deputy PM Calls Seizure of Raqqa by Kurds a Security Threat to Turkey
According to Muslim, Kurds are planning to create an autonomy of local residents in Raqqa similar to "what was created in the Syrian city of Manbij after it was cleared from the IS."

The Wrath of Euphrates operation, aimed at liberating Raqqa from the Daesh, was launched in November 2016 by Kurdish-led Syrian Democratic Forces (SDF), the second stage of the operation began on December 10, 2016.

On Monday, representative to Russia of Northern Syria’s Rojava Kurdish region Rodi Osman told Sputnik that the Syrian Kurds were capable of liberating Raqqa on their own without Turkey's participation.

In response, Turkish Deputy Prime Minister Numan Kurtulmus said that seizure of Raqqa by the Kurdish forces such as the Democratic Union Party (PYD) and the Popular Defense Units (YPG) after the city’s liberation from the Islamic State was a threat to Turkey.

Operation to Retake Syria's Raqqa From Daesh May Begin in Spring