'Move to Raqqa or Be a Human Shield': Syrian Man’s Account of Daesh Horrors

Youssef Mahmoud al-Rajab was faced with a difficult decision when he had to risk his life in an attempt to escape the Syrian city of al-Bab. Now, a new life has started for him away from Daesh. However, the horror of life under the terrorists is still fresh in his mind.

Turkey’s Shield of Euphrates operation in northern Syria began in August 2016 and recently its main goal was the liberation of al-Bab from Daesh. The Syrian army also continues to make progress toward al-Bab and liberate towns to the east of Aleppo province.

When the liberation started, Rajab had to quickly decide whether he wants to stay or leave.

“Turkish airplanes and forces from the Euphrates Shield operation completely destroyed 90% of the city, whereas the remaining 10% is unfit for living,” al-Rajab told RIA Novosti in an interview.

According to Rajab, Daesh offered the civilians only two options, to leave and move to other cities which were under its control such as Raqqa, Tabka or Meskene or to stay in al-Bab and become a human shield. 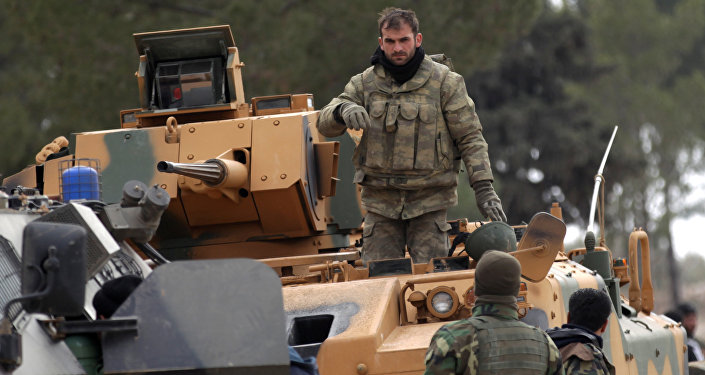 © REUTERS / Khalil Ashawi
Turkish Airstrikes, Artillery Target 150 Daesh Positions During Al-Bab Operation
He decided to take a chance and flee with his family and other civilians toward the Syrian army, enduring the shelling and explosions all around them.

Recalling his exit from the city, Rajab said that when they were leaving, one Daesh militant stopped them and asked where they were going. He screamed at them and told them to go back, but Rajab was persistent and said that he won’t go back because the town was under attack.

The militant then told them to go to Raqqa and if they don’t, “they will come back to al-Bab as corpses”. After that first hurdle, Rajab and his family had to endure a long bus ride under constant fire and shelling.

“After about a kilometer, we were subjected to massive shelling, we had about 30 people on the bus, five were killed and others were injured,” Rajab said.

Just when all hope was fading, the Syrian army appeared from the town of Tabka and told them that they will give them cover from the shelling.

“When we reached the army; they took the wounded women and children into their tanks and delivered them to a hospital in Aleppo. Others were taken to the Jibreen shelter,” Rajab said. 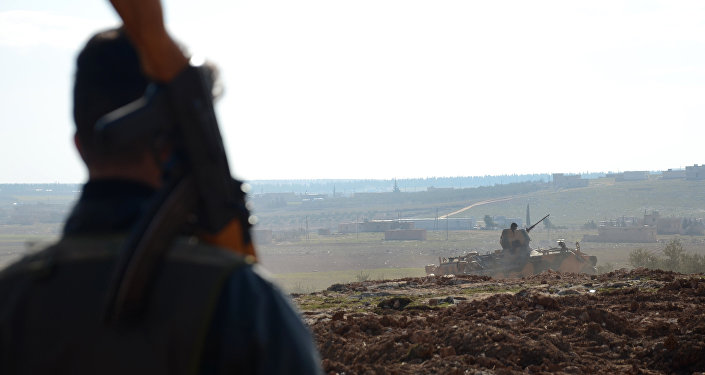 © AFP 2019 / Nazeer al-Khatib
Daesh Executes Civilians in al-Bab as Syrian Army, Turkish-Led Forces Advancing
Looking back at his trying experience, Rajab admitted that despite the fact that he reached the Syrian army wounded and overwhelmed with fear and fatigue, he managed to avoid becoming a human shield for Daesh in al-Bab.

The Turkish military operation in the town has also entered its final stage. Turkey's units entered central al-Bab; the operation is being conducted in coordination with Russia to prevent clashes with Syrian government forces.

Al-Bab is one of Daesh’s last remaining strongholds near the Turkish border. Capturing the city is of strategic importance to Turkey in order to prevent the Syrian Kurds from taking it and unifying their own territories.