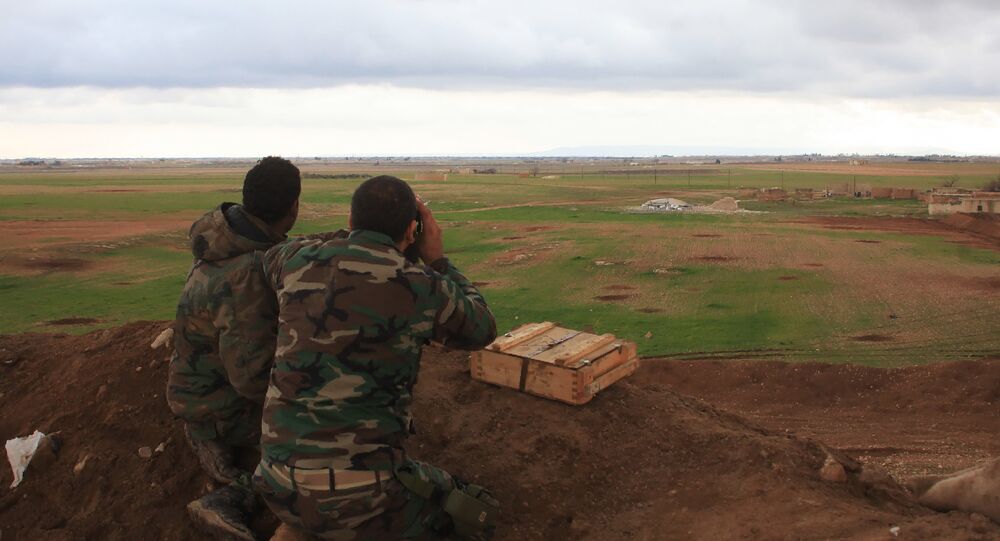 The Russian Defense Ministry said on Sunday that the Syrian army supported by Russian aviation have destroyed a Daesh stronghold near the city of al-Bab in the Aleppo province.

According to the Russian ministry, Tadif which is located in Aleppo province's north-east was "one of the most fortified strongholds of terrorists near al-Bab."

After liberating Tadif, the Syrian army agreed with Turkey on a demarcation line with Ankara-backed Free Syrian Army opposition fighters.

"As a result of the advance, the Syrian government forces have reached a demarcation line with the Free Syrian Army's units as it had been agreed with the Turkish side."

Moreover, the Syrian government forces have gained control over a strategic highway leading to Raqqa.

"Daesh fighters in al-Bab used to receive arms and ammunition via the highway leading to Raqqa," the ministry said.

© REUTERS / Khalil Ashawi
Watch Syrian Army Closing in on Strategic Town of al-Bab (VIDEO)
Currently, the Syrian army is approaching al-Bab controlled by Daesh from the west and south, while the Turkish-led forces are attempting to advance into and liberate the town from the north and the east.