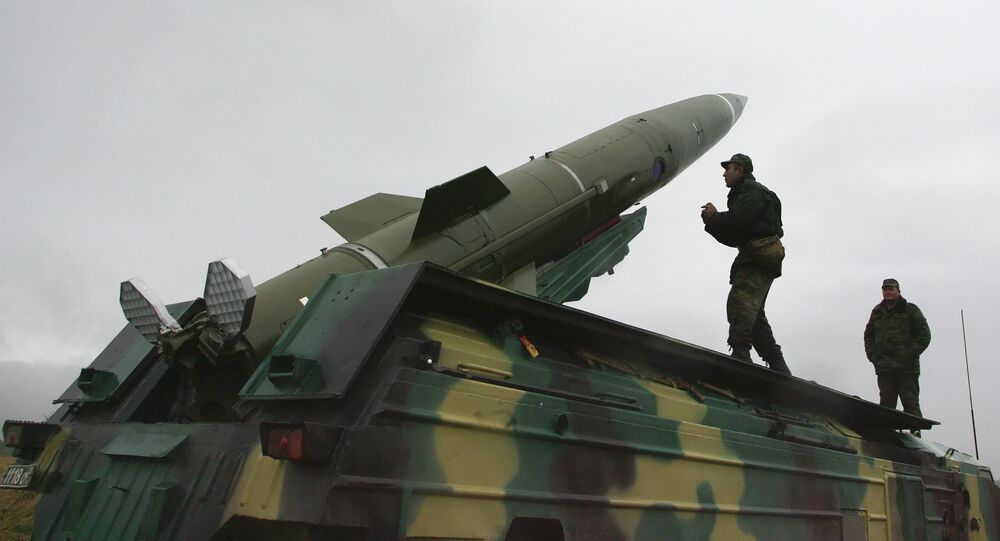 On Wednesday, Fox News claimed citing US officials that Russia had allegedly delivered 50 short-range ballistic missiles to the Syrian port of Tartus.

Both Russia and Turkey have not registered any strikes carried out by Tochka-U ballistic missile systems in Syria, the Defense Ministry said.

"There is no information about alleged strikes by Tochka-U missiles this week on the Syrian opposition units in Idlib. Neither Russia, nor Turkey recorded it," Maj. Gen. Igor Konashenkov said.

At the same time, he noted that the joint Russian-Turkish commission on the Syrian ceasefire carried out round-the-clock monitoring of violations of the cessation of hostilities.

"Every day, all the evidence of such violations by the Syrian troops and by the armed opposition are being registered, checked and published on the Russian Defense Ministry website," the general said.

© Sputnik / Konstantin Chalabov
Kremlin Comments on Alleged Russia's Supplies of Tochka Ballistic Missiles to Syria
Russia "fully honors its commitments undertaken on December 30, 2016, on the ceasefire regime in Syria, which does not include Daesh and al-Nusra Front terrorist groups," Konashenkov concluded.

The Tochka (Point)-U is a mobile missile system, designed to launch precise attacks on the enemy's tactical targets, such as control posts, bridges, storage facilities, troop concentrations and airfields. The modernized version of the Tochka-U, which can carry nuclear, biological or chemical warheads, has a maximum firing range of up to 185 kilometers.