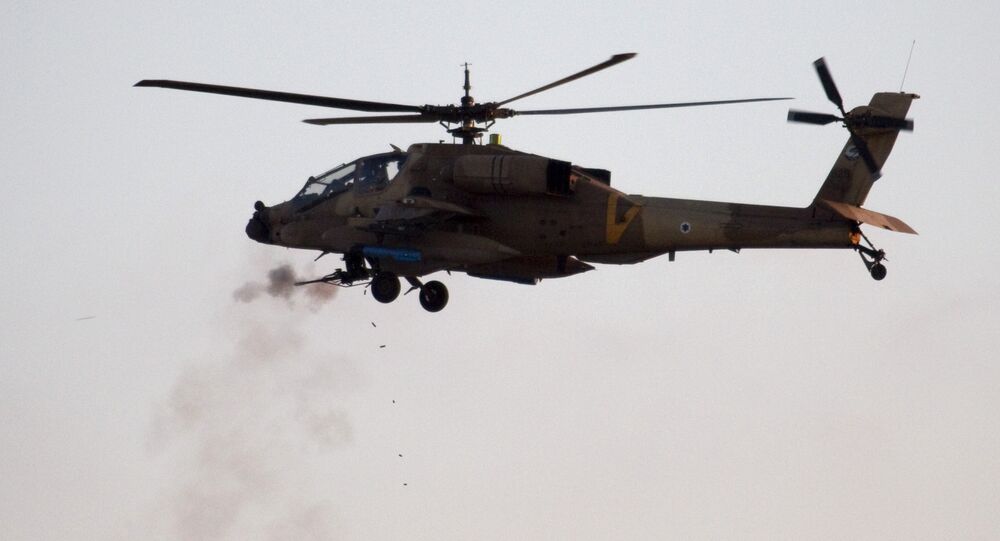 An Israeli helicopter fired at Syrian government forces positions in the province of Quneitra in southern Syria, after a shell landed in Golan Heights, Beirut media report.

Meanwhile, the press service of the Israeli Defense Forces said on Wednesday that Israeli forces fired at a post of Syrian government troops after the northern area of the Israel-controlled part of the Golan Heights was shelled from the direction of Syria.

The Israeli side did not suffer any casualties. According to the Israeli Defense Forces, it is unclear whether the shelling was intentional or an accidental result of internal fighting in Syria.

Multiple incidents have been registered when fighting between government forces and opposition and terrorist groups in Syria resulted in mortar shells and rockets landing on Israeli territory.