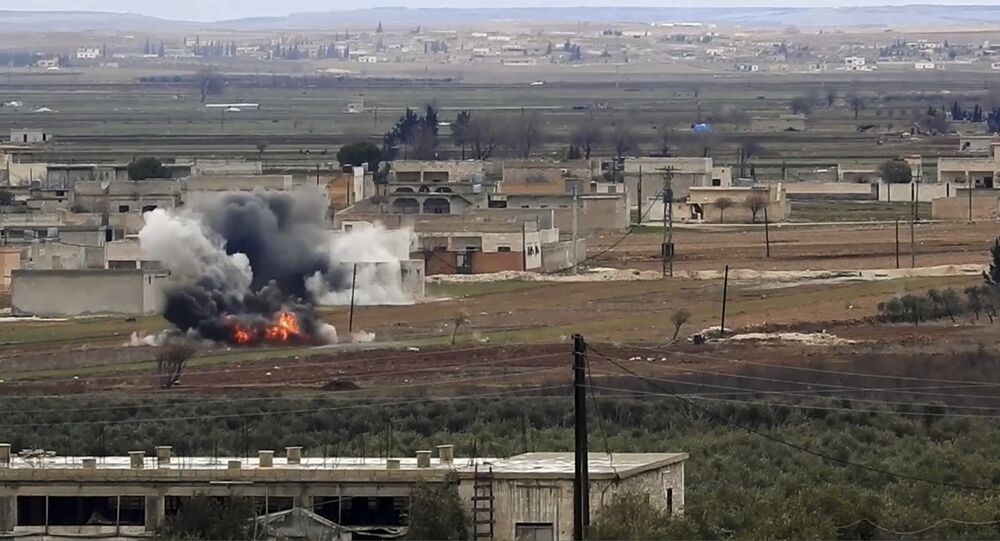 WASHINGTON (Sputnik) — The US will continue to use its deconfliction channel with Russia in Syria due to the complex battle field situation, Dorrian said.

"The battle space is becoming more complicated, the forces converge around al-Bab, so we’ll maintain our deconfliction channel with the Russians."

"Those meetings generally happen several times a week or on an as necessary basis," Dorrian told reporters when asked how often the two sides speak to deconflict operations around al-Bab.

The spokesperson noted that the United States intends to continue to use the channel with Russia in Syria due to the complex battlefield situation there.

Turkey is currently conducting an operation in Syria dubbed Euphrates Shield. On August 24, Turkish forces, supported by Free Syrian Army rebels and US-led coalition aircraft, began a military operation dubbed the Euphrates Shield to clear the Syrian border town of Jarabulus and the surrounding area from Daesh terrorist group. As Jarabulus was retaken, the joint forces of Ankara, the coalition and Syrian rebels continued the operation to gain control over al-Bab in the Aleppo province.

Moreover, Russian and Turkish military jets have repeatedly jointly bombed Daesh targets near al-Bab in Syria. Al-Bab is one of Daesh’s last remaining strongholds near the Turkish border. Capturing the city is of strategic importance to Turkey in order to prevent the Syrian Kurds taking it and unifying their own territories.