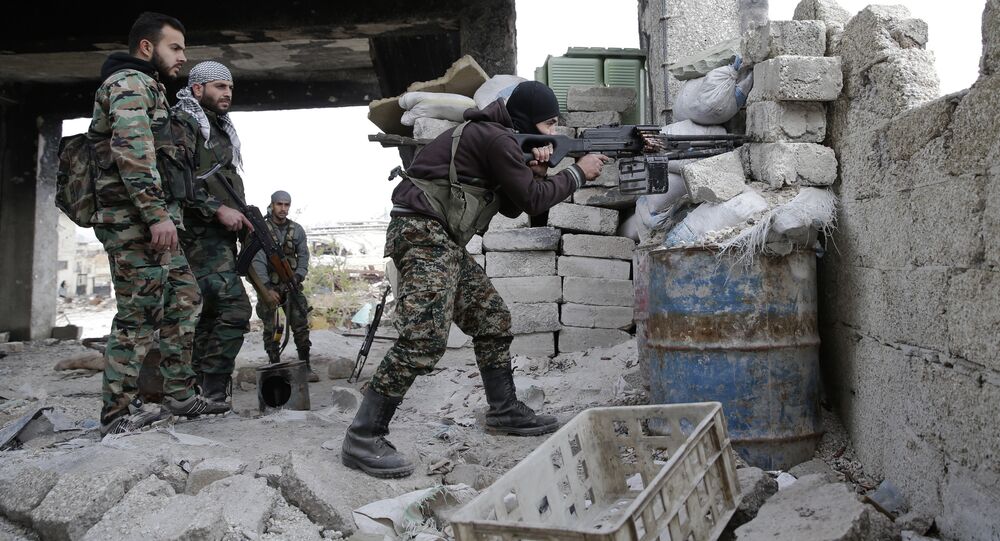 Syrian troops continue to fight al-Nusra Front terrorists in the country's seaside province of Latakia and have thwarted desperate jihadist efforts to launch a counteroffensive, according to Sputnik Arabic.

According to the source, his unit is tasked with tracking down the terrorists who penetrated Latakia from neighboring Idlib, and transmitting information to those in the Syrian artillery and air force.

The source said that the terrorists have begun to act very cautiously in the wake of several successful operations against jihadists launched by the Syrian Army earlier this year.

Scores of the terrorists were killed in these attacks, the source said, citing a jihadist missile launcher that was recently destroyed by Syrian government forces.

This video obtained by Sputnik Arabic shows a Syrian soldier obliterating a terrorist in Latakia with the help of a grenade launcher.

Syrian Army Liberates Eight Settlements From Daesh in Past 24 Hours