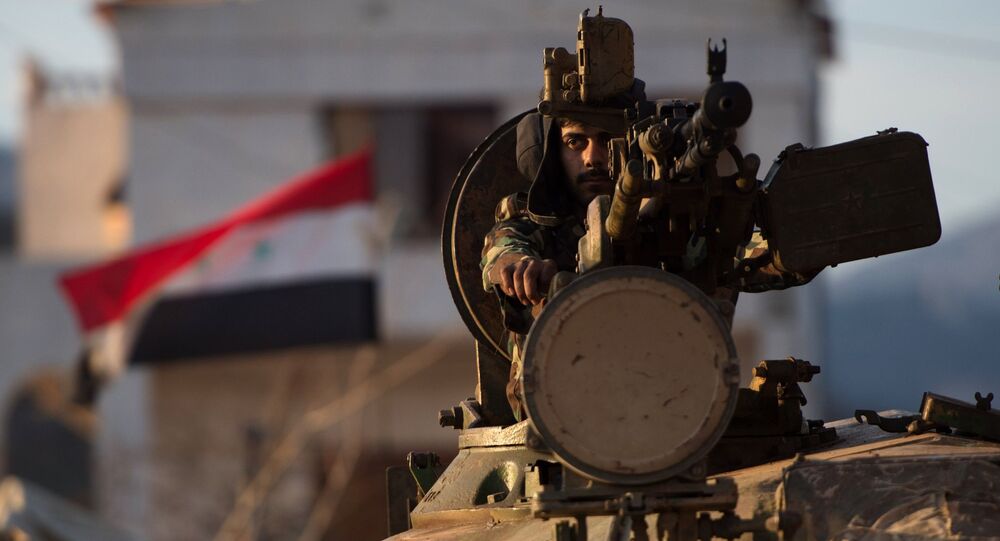 Syrian President Bashar Assad urged the European Union and NATO to take a clear position on the country's sovereignty and stop supporting terrorists.

"You cannot play that role while you are destroying Syria, because the EU is supporting the terrorists in Syria from the very beginning under different titles: humanitarians, moderate, and so on," Assad said in an interview to Belgian media published on the website of Syria's SANA news service.

"So, they cannot destroy and build at the same time," Assad said, calling on the EU and NATO to "take a very clear position regarding the sovereignty of Syria [and] stop supporting the terrorists."

© REUTERS / Omar Sanadiki
Assad: 'My Family Doesn't Own the Country', Syria Belongs to Syrians
Since 2011, Syria has been engulfed in a civil war, with government forces fighting against numerous opposition and terrorist groups, including al-Nusra Front and Daesh, banned in a range of countries, including Russia.

While Russia and Iran maintain that the political landscape of the country should be shaped by the Syrian people, Western countries want Assad to resign.