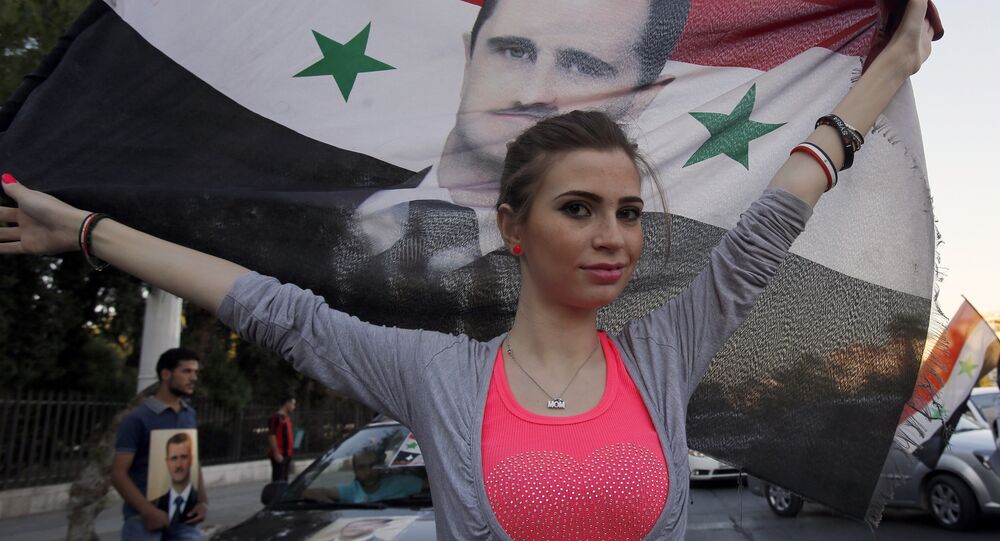 Assad: We Must Use 'All Means to Defend Syrian People' From Terrorists

It is the constitutional duty of the Syrian government and armed forces to defend the nation from terrorists, President Bashar Assad said.

"You can use all means in order to defend the Syrian people," Assad said in an interview with the Belgian media which was published on the website of Syria's state news service SANA.

He argued thatit was the Syrian government's and armed forces' "constitutional duty and legal duty" to combat terrorism.

"It's not an opinion, it's a duty," Assad stressed.

Occasional ceasefire violations in Syria do not indicate a government policy, the Syrian leader said, noting that the truce is generally being observed over a month after its establishment.

"[Breaches could happen] sometimes on individual levels, it doesn’t mean there’s policy of breaching the ceasefire by the government or by any other party… but till this moment, no, the ceasefire is holding," he said.

Russia, Turkey and Iran are acting as the guarantors of the ceasefire, which went into force nationwide in Syria in late December 2016.

Syrian reconciliation talks could continue in the Kazakh capital of Astana following the first round held on January 23-24,  Bashar Assad said.

He highlighted the first round of Astana negotiations, lauding them for upholding "the principles of the unity of Syria, about the Syrians deciding their future."

Assad described what he saw as the path toward peace: fighting terrorism, stopping the flow of terrorists and logistical support, and launching a dialogue between Syrians to "decide the future of their country and the whole political system."

Since 2011, Syria has been engulfed in a civil war, with government forces fighting against numerous opposition and terrorist groups, including the al-Nusra Front and Daesh (ISIL/ISIS), which is banned in a range of countries, including Russia.

Russian President Vladimir Putin announced in December that the Syrian government and armed opposition groups had reached an agreement on a nationwide ceasefire in Syria and regarding their readiness to start peace talks.