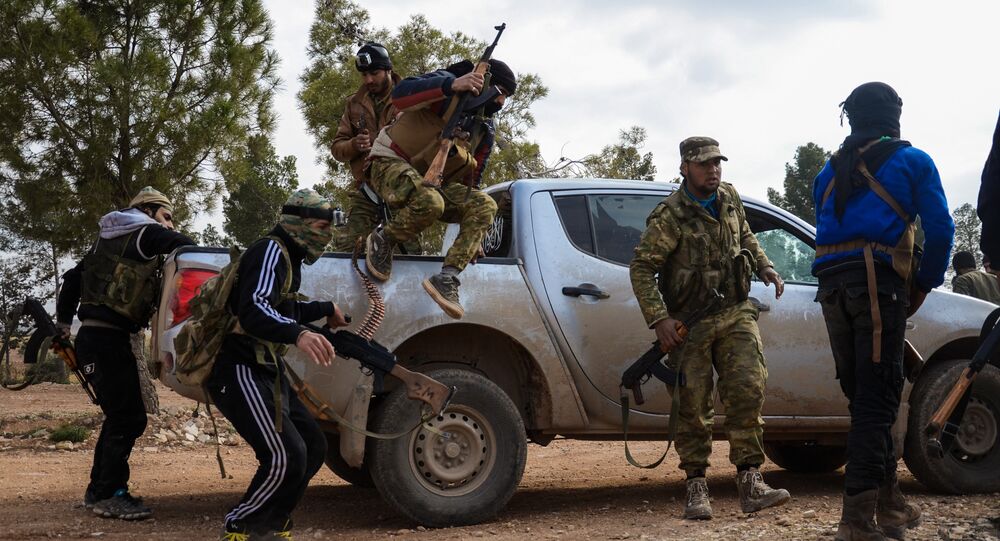 Turkey and Syria: How Bad Neighbors are Finding Unity in Fight Against Daesh

The Syrian government army has recently come very close to the positions of the Turkish army in Aleppo province. The two neighbors, whose relations leave much to be desired, are now coordinating their efforts. Russian and Turkish experts explain how Moscow's efforts contributed to easing tensions between the two countries.

The Syrian government army has recently come close to the settlements in Aleppo province which have been previously controlled by the Turkish army and their allies from the armed Syrian opposition.

The two neighbors whose relations have been long soured now seem to be joining their efforts in the fight against terrorists.

© REUTERS / Khalil Ashawi
Turkish forces and members of the Free Syrian Army are seen at the al Baza'a village on the outskirts of al-Bab town in Syria February 4, 2017

Commenting on the recent developments in Syria, the first deputy chairman of the Defense and Security Committee of the upper house of Russia's parliament, the Federation Council Franz Klintsevich suggested that the joint cooperation between the two states is only possible due to the efforts of Moscow, which is acting as a mediator and is preventing any military clashes between Syrian and Turkey.

Russia is coordinating both Syria's and Turkey's efforts in Aleppo province, heading off any provocations and clashes between the sides, the parliamentarian told Russia's Izvestiya newspaper.

"We are working on the Syrian territory and can't help but pursue such coordination. We bring into accord all the decisions. It is not a simple job but it brings results," Klintsevich told the outlet.

© REUTERS / Umit Bektas/File
Cooperation With Russia, Damascus is 'Turkey's Only Chance to Avoid War'
The Syrian government troops have recently continued their advance towards the north-east of the city of Aleppo and have come close to the territories under control of the Turkish armed forces and the Free Syrian Army. Moreover, the Syrian troops have retaken several settlements, earlier cleared by the Turks and their allied Syrian armed opposition groups from Daesh militants.

There were no reports of any possible clashes or conflicts between the sides giving ground to suggestions that there are certain coordinated actions between Russia and Turkey, on the one hand, and Russia and Syria on the other, the newspaper says.

Oleg Glazunov, an expert from Russian Association of Military Political Scientists and Associate Professor of the Moscow-based Plekhanov Russian University of Economics said that Russia is now actually Turkey's only ally in the region.

"All the other countries which have an impact on the Syrian conflict have in fact turned away from Ankara. So Erdogan has no reason to tangle with Russia," he told the outlet.

© Photo : JSC Sukhoi Company
Russia, Turkey Exchange Intel Data, Jointly Bomb Daesh in Syria's Al-Bab
Besides, he added, Erdogan is much more interested in the Kurds whom he considers terrorists. Moreover, it is all about the Syrian territory. And if the territorial integrity of Syria remains an important condition of the Syrian peace process, the Turkish troops will have to leave it anyway.

This all suggests that Ankara and Damascus are, to a degree, coordinating their  actions, he further said.

Earlier this month Sputnik Turkiye talked to former chief of the Turkish General Staff Intelligence Department, Ismail Hakki Pekin, who said that Ankara has in fact found itself in a difficult situation, mainly due to foreign pressure.

"The United States and Egypt are trying to force Turkey to make certain concessions, including establishing a Kurdish autonomous region in northern Syria and holding talks with the Kurdistan Workers’ Party (PKK) inside Turkey," Pekin then told Sputnik.

He also suggested that if such a Kurdish entity is established Ankara would be "encircled from the south" and will have to fight a "war on two fronts," against Daesh in Syria and against the PKK inside the country.

Pekin then underscored that in order to achieve its goal, Washington is providing military and logistical support to the PKK, including supplying heavy weapons, anti-tank missiles and armored combat vehicles.

"For Ankara, the only chance to derail this plan is to establish dialogue with Damascus and boost cooperation with Russia, Iran and Iraq," he then said. He further underscored that Turkey should take measures to repel the threat as soon as possible.