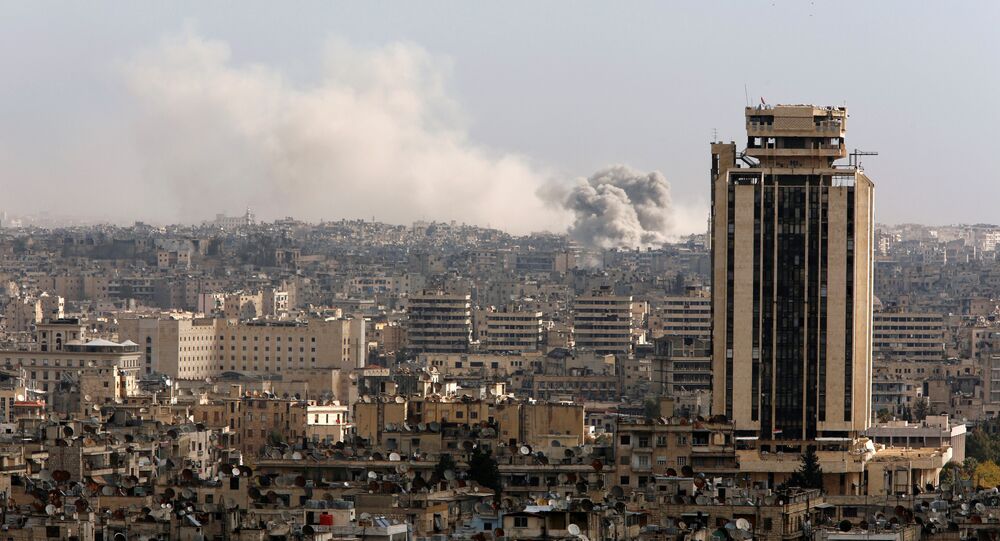 US proposals to establish safe zones in Syria may worsen the situation further, Hossein Amir-Abdollahian, adviser to the speaker of the Iranian parliament told RT in an interview Friday.

MOSCOW (Sputnik) — In his interview to ABC News in January, US President Donald Trump emphasized that he "will absolutely do safe zones in Syria" for refugees in order to halt the flow of migrants from Syria to other states.

"Through the plan they violate the territorial integrity of Syria and exert political pressure on the Syrian regime headed by Bashar Assad… Syria is a sovereign state in which there is a political regime… We stress that any move that violates the national sovereignty and territorial integrity of Syria is a mistake that [US President Donald] Trump can make. This step may further complicate the situation in Syria, will turn the hopes raised in Astana, in a disappointment, will bring Syria back to war," Amir-Abdollahian said.

© AP Photo / Hassan Ammar
Lavrov Does Not Consider Trump-Proposed Safe Zones in Syria an Attempt to Repeat 'Libyan Scenario'
On Tuesday, Vice President of the National Coalition of Syrian Revolution and Opposition Forces Abdul Hakim Bashar said Trump was committed to his promise of creating safe zones in Syria.

Trump discussed on Sunday the issue with the Saudi King Salman bin Abdulaziz al Saud and gained his support.

Following Trump’s conversation with the Saudi king, Russian Foreign Minister Sergei Lavrov noted that any creation of security zones in Syria would require a practical agreement with the Syrian authorities.

Russia said it intends to clarify the issue in a conversation with the United States, Lavrov added.