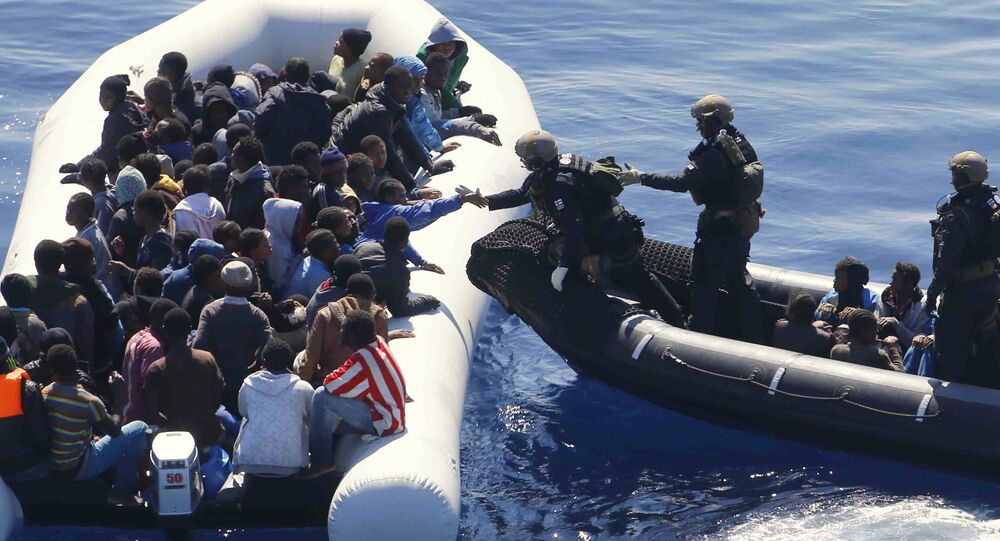 The UN experts on human rights call on the EU leaders not to support measures that will see migrants sent back to Libya where they may be at risk of torture and cruel, inhuman or degrading treatment, the UN Human Rights Office of the High Commissioner said in a statement Friday.

"Limiting departures from the Libyan coast simply means accepting and legitimizing the human suffering prevailing in Libya and pushing people back to conditions where migrants suffer arbitrary detention, torture, ill-treatment, unlawful killings, trafficking and enforced disappearance. Migrants in Libya are exploited as free labor and vulnerable to other forms of contemporary slavery; migrant women are at risk of rape and other sexual violence," the experts warned in the statement.

© REUTERS / Rebecca Cook
US Rights Groups File Lawsuit Against Trump's Entry Ban - Civil Liberties Union
They stressed that all of 34 detention centers in Libya were overcrowded, with migrants lacking access to toilets or washing facilities, ventilation, food or clean water and having no access to legal process, lawyers or judicial authorities.

"Increased securitisation and closing of borders only works to increase the suffering of those arriving at Europe’s borders and push them into the hands of smuggling rings. In the absence of any safe mobility options, fighting smuggling is a red herring. If one wants to disrupt the smuggler’s business model, one must take over the mobility market," the statement outlines.

The key provisions that are due to be discussed at the Friday EU summit include capacity-building and training of the Libyan coast guards in search and rescue operations that would see an increase in funding of 3.2 million euros ($3.4 million), boosting border controls, including those between Libya and the neighboring North African states, as Libya serves as main gateway for migrants to Italy through the Mediterranean route.

Last year, Italy saw a record 181,000 refugees arrivals with more that 5,000 having died at the sea in attempts to reach Europe from the North African coast.