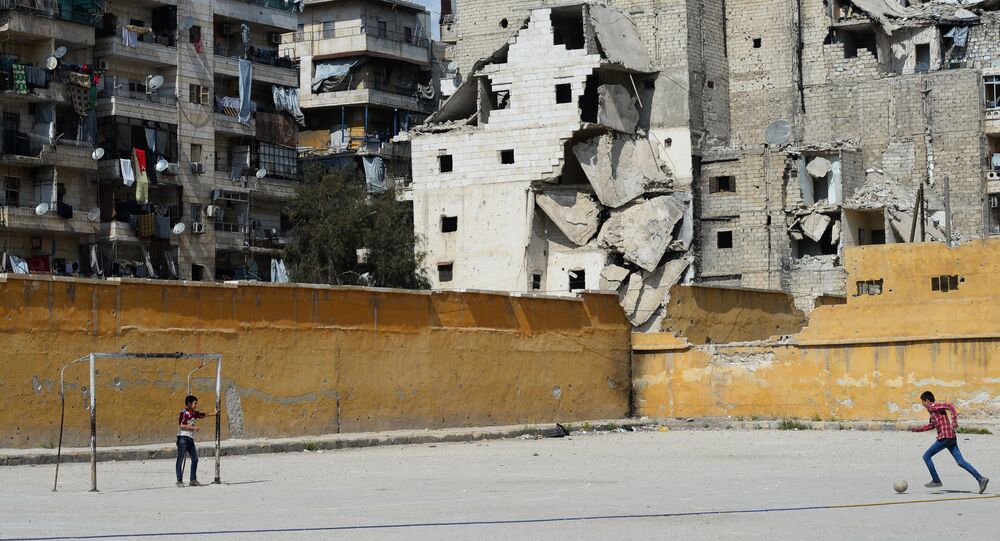 Russian representatives in the Russian-Turkish commission on the Syrian truce have registered three violations of the ceasefire regime over the past 24 hours, the Russian Defense Ministry said Thursday.

MOSCOW (Sputnik) — Russia and Turkey are guarantors of a nationwide Syrian ceasefire that came into force on December 30, and has been holding up in general, despite continued reports of violations. The UN Security Council passed a resolution in December supporting the effort.

"The Russian part of the joint Russian-Turkish commission on issues related to violations of the Joint Agreement has registered 3 violations over the past 24 hours in Latakia province," the ministry's Center for Syrian reconciliation said in a daily bulletin.

"The Turkish side has registered 7 violations: five in Damascus, and two in Hama provinces," the bulletin said.

© Photo : JSC Sukhoi Company
Russia, Turkey Exchange Intel Data, Jointly Bomb Daesh in Syria's Al-Bab
According to the document, the Russian side can confirm only one violation registered by Turkey.

The number of settlements that have joined the cessation of hostilities in war-torn Syria has increased to 1,177, the Russian Defense Ministry said Thursday.

"Within the last 24 hours, truce agreements have been reached with representatives of seven settlements in Damascus [6], and Latakia [1] provinces, bringing the total number of settlements that have joined the ceasefire to 1,177," the ministry said in a daily bulletin posted on its website.