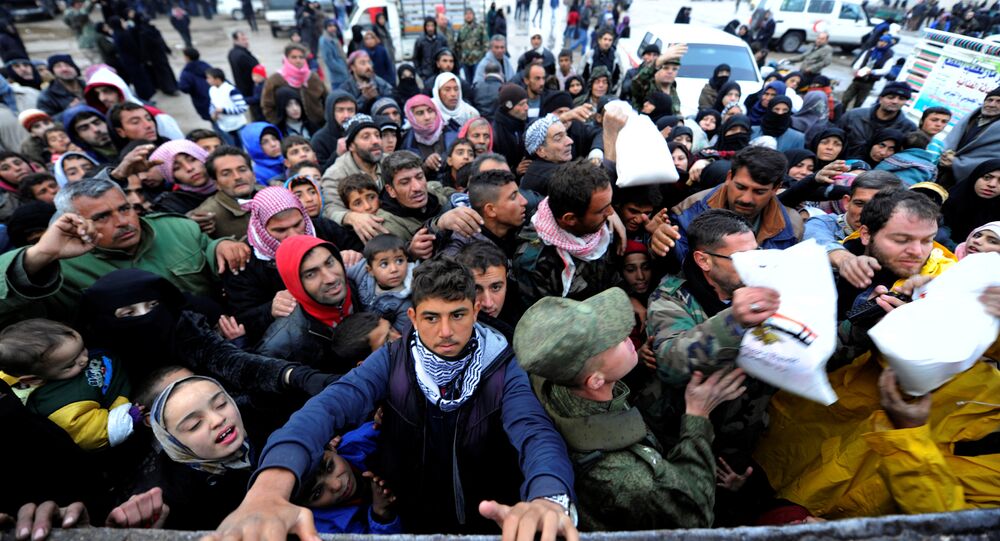 The Russian center for Syrian reconciliation has carried out five humanitarian operations in Syria’s Aleppo in the past 24 hours, providing civilians with 3.7 tonnes (metric tons) of aid.

HMEIMIM (Sputnik) – Over 4,000 of civilians received humanitarian supplies thanks to the aid distributed in the city of Aleppo, including in multiple schools, the reconciliation center said in a Thursday statement.

© Sputnik / Alexey Kudenko
Over 4,000 Syrians Received Humanitarian Aid in Past 24 Hours - Russian MoD
On Tuesday, the UN Children's Fund (UNICEF) announced that nearly 6,500 Syrian children had returned to schools in eastern Aleppo amid the reopening of educational institutions with the support of UNICEF.

According to the Russian center for Syrian reconciliation, city residents are receiving thermal blankets and clothing under the UN winter program in eastern Aleppo.

Civilians in Syria have been severely affected by the civil war that has been ongoing in Syria since 2011. The internal conflict has claimed thousands of lives, displacing over 6 million people and leaving over 13 million in need of humanitarian assistance, according to UN data.