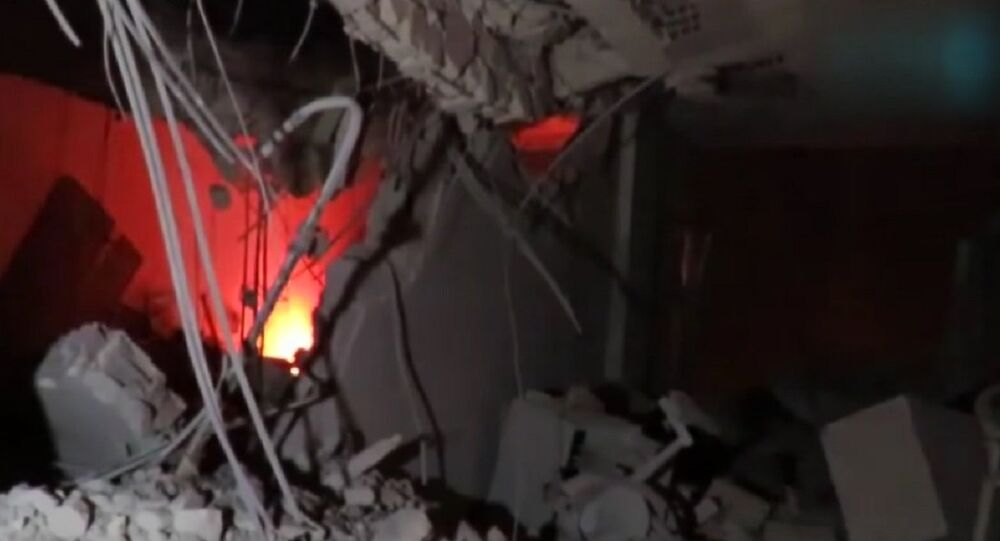 US-led coalition aircraft were responsible for the air strikes which destroyed the Red Crescent's headquarters in Syria's Idlib, in what was a violation of international humanitarian law, President of Turkish Red Crescent Kerem Kinik said on Wednesday.

Idlib's medical facilities have previously been targeted by strikes, with a maternity hospital suffering shelling and a hospital supported by the Doctors Without Borders (MSF) destroyed last summer.

Syria has been in a state of civil war since 2011, with government forces fighting the Syrian opposition and terrorist groups. The Idlib province is still predominantly in the hands of Jabhat Fatah al Sham, formerly known as the Nusra Front, outlawed in Russia.

US B-52 Bomber Carried Out Strike in Syria's Idlib, Killing Over 20 Civilians