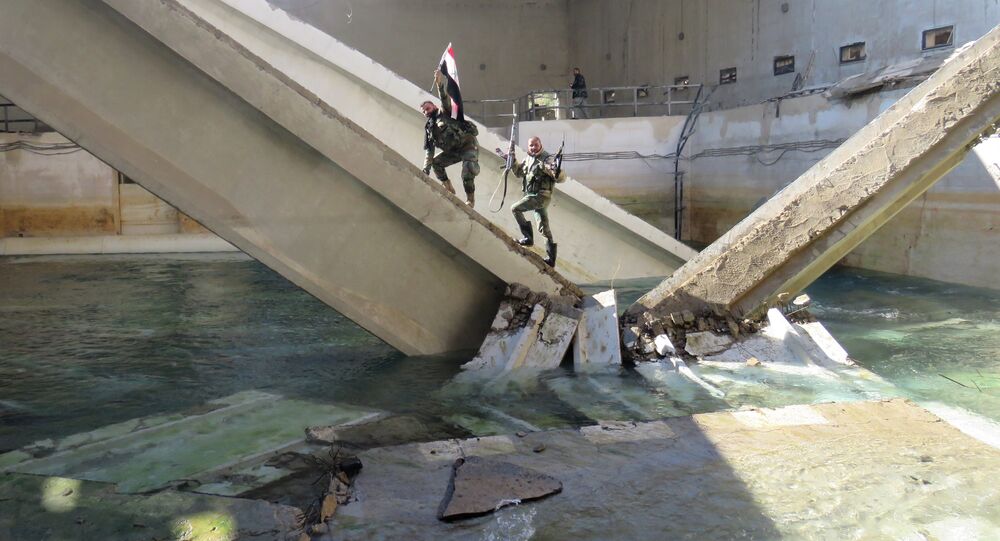 The government troops have completely liberated the Wadi Barada area near Damascus thus securing the main water source for the capital.

MOSCOW (Sputnik) — The Syrian army has fully liberated the Wadi Barada area near the Syrian capital of Damascus, where the main water source is located, from militants, the Army Command said in a statement Sunday.

"Syrian government army units… have completed the mission on restoring security and stability in the villages and towns in Wadi Barada in the western suburbs of Damascus after series of successful military operations," the statement said, as quoted by the SANA news agency.

© Sputnik / Fedaa Shahin
Syria's Gold Bugs: A Troubled Country's Ancient Tradition of Luxury Workmanship
According to the military, their actions made it possible to sign ceasefire agreements in some of the villages, thus, letting civilians and militants leave the area without clashes.

Earlier in the day, a similar agreement was reportedly signed in the village of Ein Al Fejeh, where the main water source is located.

Over 6 million residents of Damascus were left without water after militants cut Damascus of water supply. The repair brigades have already arrived in the area to restore the water connection.

© AFP 2021 / STRINGER
A picture shows the area around the Ain al-Fijeh water pumping station, in the countryside of Damascus, on January 29, 2017, after the Syrian army entered it for the first time in four years after a deal with rebels who first seized it in 2012