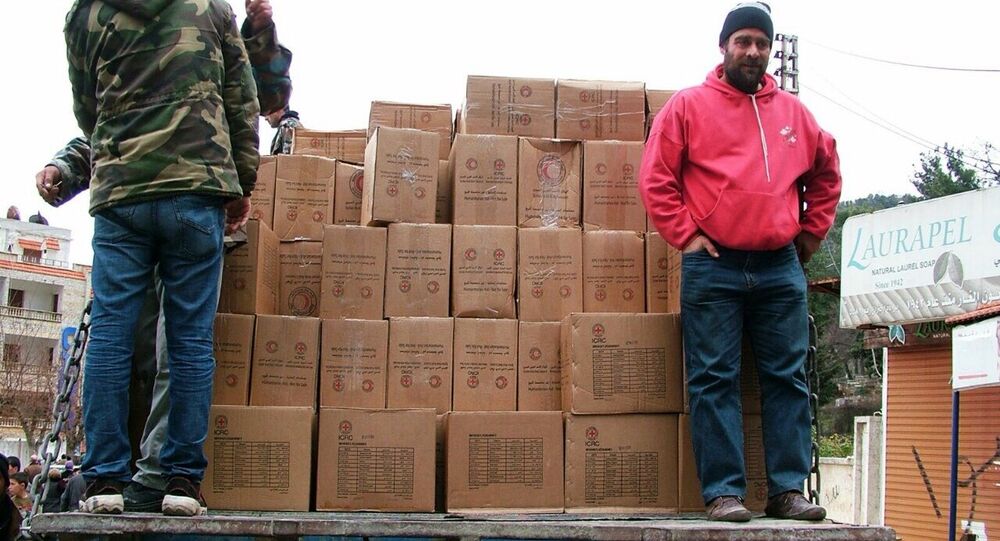 The Russian center for Syrian reconciliation has carried out six humanitarian operations in the past 24 hours, delivering aid to over 4,000 civilians.

"The Russian center for reconciliation continues work on restoring peaceful life in Syria and providing humanitarian support to the country’s population," the center said.

Civilians in Syria continue receiving assistance from Russian medical specialists. In the past 24 hours, over 130 civilians in the province of Aleppo received medical help.

Russia also continues its demining efforts in Syria. Russia specialists have cleared of mines 58 residential buildings in the city of Aleppo and 15 kilometers (9 miles) or roads in the past 24 hours.

Syria's civilian population has been gravely affected by internal fighting between government forces and opposition and terrorist groups. The civil war has been ongoing since 2011. It has claimed thousands of lives, displacing over 6 million people and leaving over 13 million in need of humanitarian assistance, according to UN data.