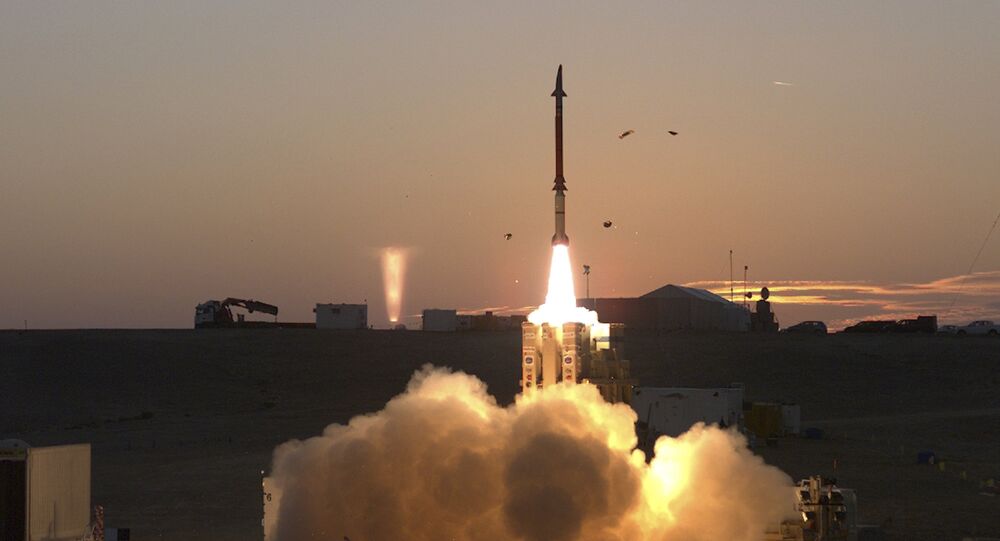 On Wednesday Israel’s Defense Ministry said that it successfully completed testing of the David’s Sling missile-interceptor system, a weapons program co-developed with US support.

Slated for use by the Israeli Air Force, the system was originally tested in 2015 and was designed to neutralize projectiles with a range of 60-125 miles, such as those used by Hezbollah, a militant Shi’a group backed by Iran.

After testing, the Jewish News Services quoted US Missile Defense Agency director Vice Admiral Jim Syring saying, "This test campaign is a critical step in ensuring Israel has the capability to defend itself from a very real and growing threat," adding that Washington remains "strongly committed to supporting Israel’s development of a missile defense system."

US arms-maker Raytheon and Israel’s state-owned Rafael Advanced Defense Systems is developing the not-yet-operational system, to fill a gap between the US-funded Arrow ballistic-missile interceptor and the Iron Dome short-range rocket interceptor program, both of which are currently in service.

Developed by Boeing and state-owned Israel Aerospace Industries, the Iron Dome interceptor network was used with much success against Hamas in the 2014 Gaza War.

Moshe Patel of Israel’s Missile Defense Organization said that Wednesday’s testing included intercepting an air-launched test missile, and noted that "The tests were intended to simulate anticipated future threats and in the coming years our system will deliver to the Israeli air force more capabilities and more confidence."

According to the Jerusalem Post, the testing occurred under a media blackout, with the Defense Ministry stating, "The success of the test is part of the development on the future threat deterrence system…During the series of tests, after incoming missile detection, the MMR (multi-missile radar) located the targets and transferred the data to the central firing program, which calculated interception protocols."