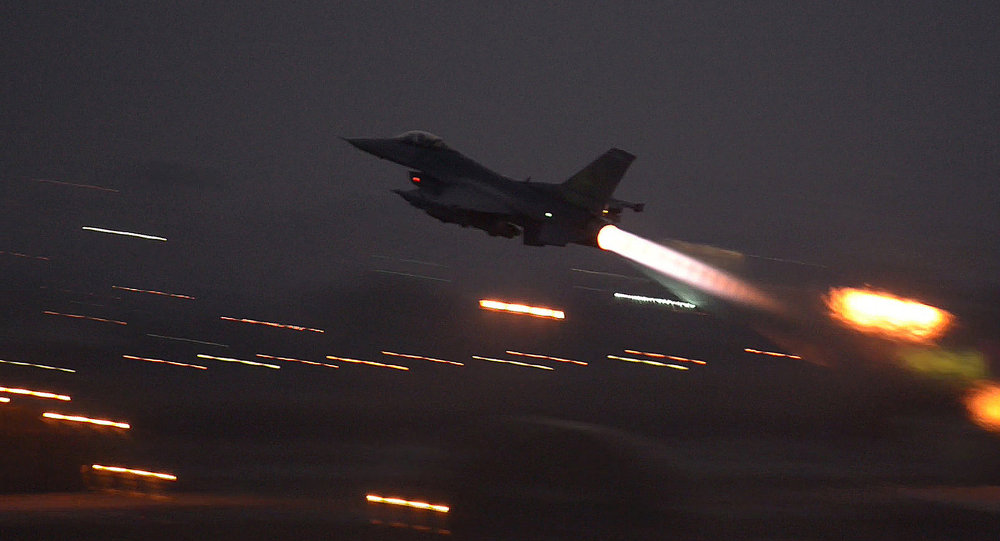 The US-led coalition air forces conducted 23 airstrikes in Syria and Iraq against the Daesh targets, according to Operation Inherent Resolve.

© REUTERS / Rodi Said
Counter-Daesh Forces Move Within 5km of Tabqa Dam Near Raqqa - US-Led Coalition
WASHINGTON (Sputnik) — The US-led coalition against the Daesh carried out 23 airstrikes consisting of 42 engagements in Syria and Iraq on Thursday, including nine airstrikes near the Syrian city of Raqqa, Operation Inherent Resolve said in a press release.

The coalition carried out one airstrike each near Ab Kamal, At Tanf and Deir ez-Zor, hitting an oil well head and pump jack and damaging a supply route.

The US-led coalition of 68 nations is conducting airstrikes against the Islamic State in Syria and Iraq. The strikes in Syria are not authorized by the government of President Bashar Assad or the UN Security Council.