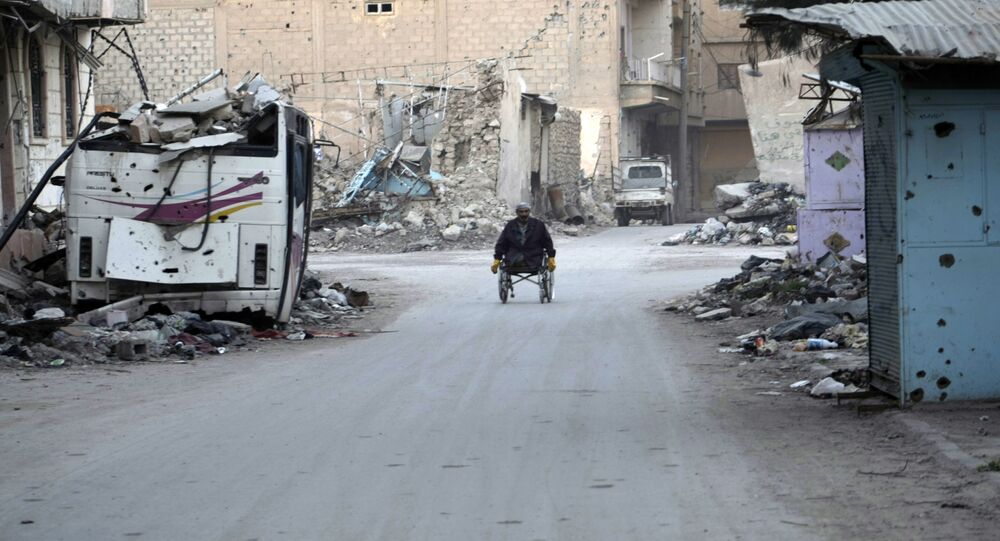 The International Committee of the Red Cross (ICRC) is not speculating on the future of Syria's Deir ez-Zor, which is on the verge of a humanitarian collapse, and continues to insist on humanitarian access to all of the besieged areas, ICRC President Peter Maurer told Sputnik in an interview.

DAVOS (Sputnik) – On Wednesday, Sergei Rudskoy, the chief of the Russian General Staff Main Operational Directorate, said that if militants capture Deir ez-Zor, local civilians would be subject to genocide.

© REUTERS / Khalil Ashawi
Syria's Lost Generation: No Future for Country Where Children Get No Education
The situation with hostage-taking in besieged areas in Syria should be negotiated in order to find a more principled and pragmatic approach, the ICRC president added.

Since July 2014, Deir ez-Zor has been under siege by Daesh, a jihadist group banned in Russia and many other countries.

On Thursday, Jan Egeland, senior adviser to the UN special envoy for Syria, said that the Syrian city had lost its only lifeline, as humanitarian supply deliveries were cut to the town due to the air drop zone being surrounded by Daesh militants.