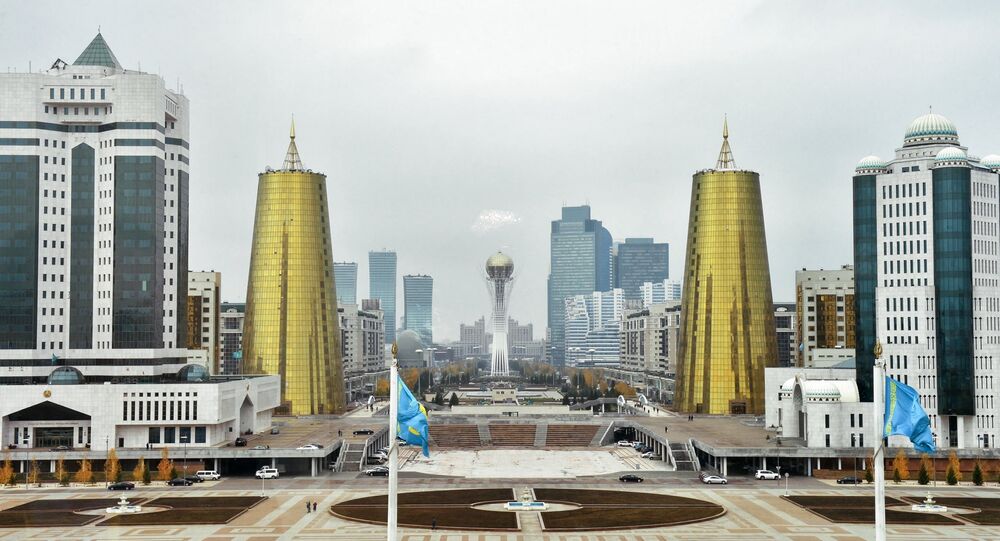 DAVOS (Sputnik) — Jordan hopes that Astana meeting on Syria would consolidate a comprehensive ceasefire and become a step toward a political solution, Foreign Minister Ayman Safadi told Sputnik on Friday.

"We do hope that Astana process will be successful and consolidating a comprehensive cessation of hostilities agreement, and would thus constitute a very important and significant step towards engaging in political negotiations," Safadi said.

He added that Jordan was interested in Syria's settlement and was engaged in political dialogue on the issue with the international community.

"Jordan is part of the overall effort to bring about a political settlement, we have very open dialogue and channels with Russia and the rest of the international community," he said.

The minister added that Russia, Iran and Turkey would play a significant role during the talks, due to their impact on the cessation of hostilities in the war-torn Syria.

The Syrian government and opposition factions are expected to meet in Astana on Monday for talks brokered by Moscow, Ankara and Tehran following a ceasefire in the crisis-torn country endorsed by the UN Security Council on December 31, 2016. The Astana talks will be followed by a UN-mediated meeting in Geneva on February 8.

© AFP 2021 / LOUAI BESHARA
Ankara Ready to Restore Peace in Syria With Assad at the Helm - Deputy PM
On Tuesday, Syria's Permanent Representative to the United Nations Bashar Jaafari confirmed in an interview with Sputnik that he would lead the Syrian government’s delegation at the coming talks.

On Thursday, Russian Deputy Foreign Minister Mikhail Bogdanov said that the representatives of 14 groups of Syrian armed opposition, which signed the December ceasefire agreement would be invited to take part in the talks.

Also on Thursday, US State Department spokesman John Kirby said that Washington had received an official invitation to take part in the Astana meeting, however he added that the decision on participation had not been made yet.

According to a statement made by the United Nations, UN Secretary-General Antonio Guterres had asked the organization's Special Envoy for Syria Staffan de Mistura to head the UN delegation to the settlement talks in the Kazakh capital.