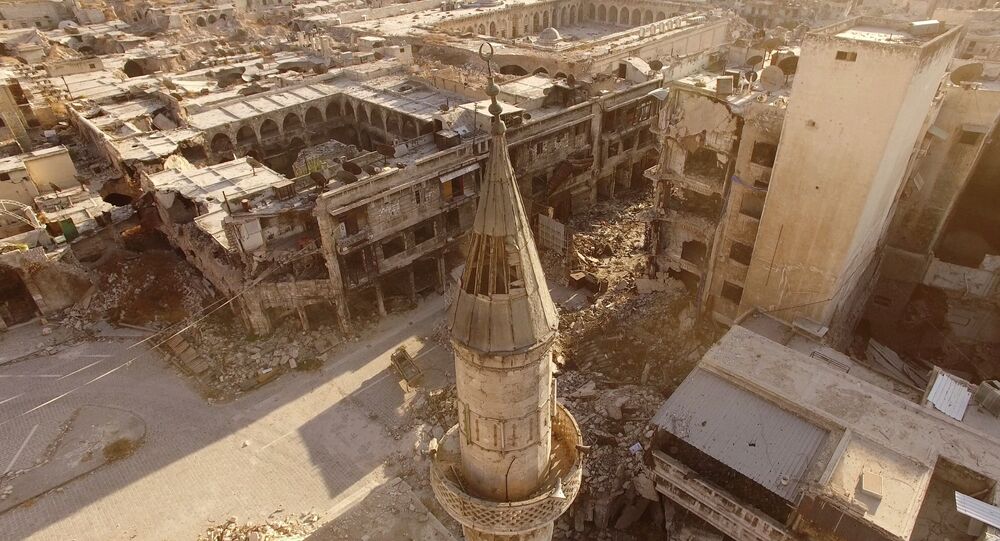 UN humanitarian coordinator for Syria said that a UNESCO delegation has visited the Syrian city of Aleppo, liberated from militants, to estimate the damage dealt to local architectural monuments during the hostilities.

"I visited Aleppo with the UNESCO delegation to estimate the damage caused to such architectural monuments as the Umayyad Mosque [the Great Mosque of Aleppo] and the old market," Za'tari said.

According to the UN coordinator, following the visit the assessment of the damage will be given to donor states and all other stakeholders.

"It will not be easy to restore this historic district," Za'tari said, adding that a special survey was necessary to assess the scope of the damage.

On December 16, 2016, the Russian Defense Ministry's center for Syrian reconciliation said that the Syrian army operation to liberate Aleppo's eastern neighborhoods was over, and that Syrian government troops were eliminating separate hotbeds of militant resistance. Syrian government troops declared on December 22 they had suppressed the last pockets of resistance in Aleppo and took full control of it.

Another Syrian city whose historic sites suffered from the violence of militants is the ancient city of Palmyra, which remains under militant control, despite a brief recapture by Syrian government forces in 2016. On Friday, media reports suggested that the Islamic State, outlawed in Russia and many other countries, had destroyed the world-known ancient tetrapylon and parts of the Roman theater in Palmyra.