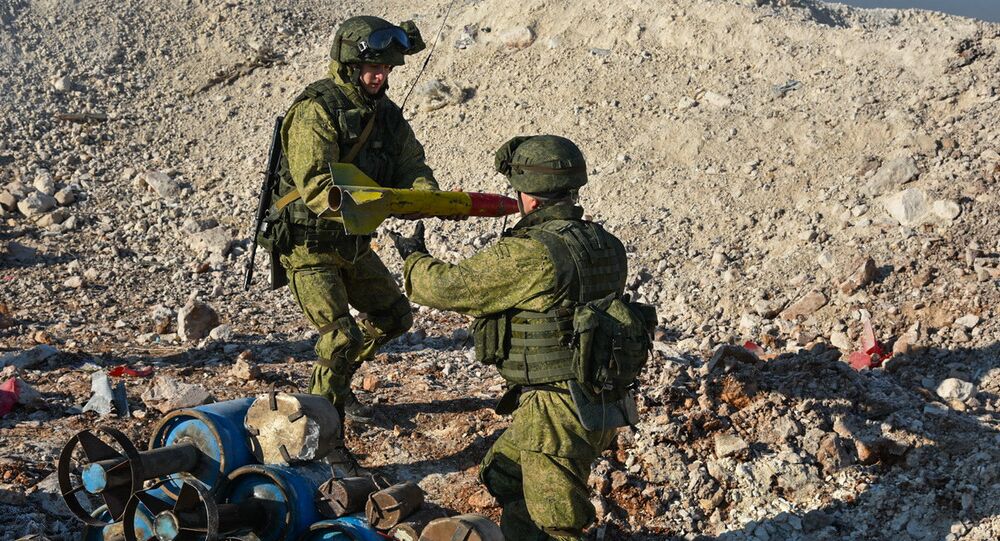 Considering importance of the demining task in Syria's Aleppo for implementation of humanitarian programs it is necessary to provide international assistance to Russia both on bilateral and multilateral basis, according to a diplomatic source.

"According to the estimates of Russia's military, the scale of mining in Aleppo is very large. Russia's International Mine Action Center is working practically round-the-clock. Considering importance of the demining task for implementation of humanitarian programs it is necessary to provide international assistance to Russia both on bilateral and multilateral basis," the diplomatic source said.

The so-called Arab Spring protests in Syria that took place in 2011 resulted in clashes between the government forces and opposition. Since then, the Middle Eastern country has been mired in a civil war between authorities in Damascus, numerous opposition factions, as well as terrorist groups. The city of Aleppo has become one of the main battlegrounds of the war.

© REUTERS / Russian Ministry of Defence
Russian Combat Engineers Arrive in Syria for Aleppo Mine-Clearing
On December 16, the Russian Defense Ministry's center for Syrian reconciliation said that the Syrian army operation to liberate the eastern neighborhoods of Aleppo was over, and that the Syrian government troops were eliminating separate hotbeds of militant resistance.