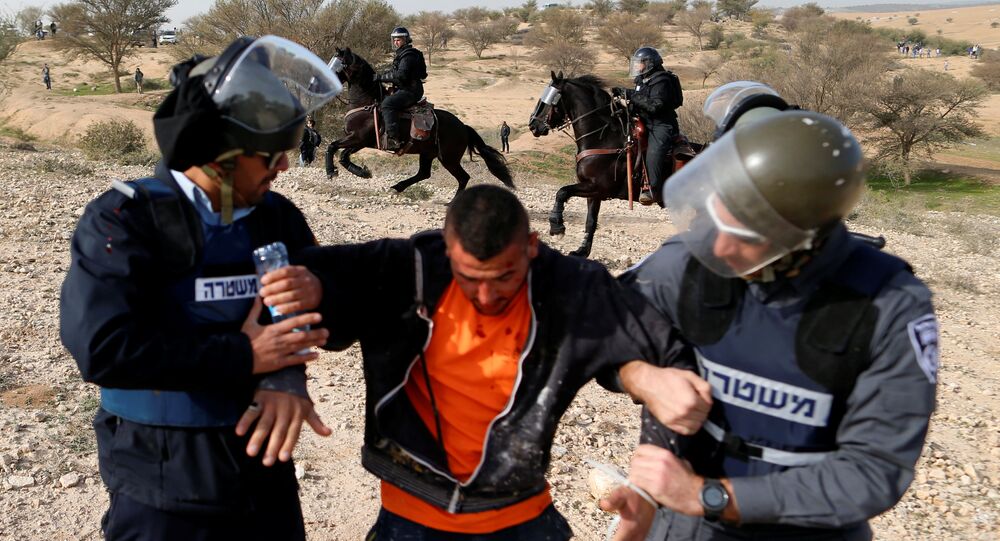 The strike over Israeli actions in Umm al-Hiran Bedouin village organized by the Arab follow-up committee and the high commission for the Negev Bedouins’ affairs, includes official organizations, schools, local communities, according to local media.

On Wednesday, an Israeli police officer was killed as a result of a car ramming in Umm al-Hiran during a protest against the demolition of local houses. The attacker was shot dead by the police. The demolition works continued after suppressing the protest.

In 2015, the Supreme Court of Israel ruled that this land belonged to the state. In November 2016, Israeli authorities approved plans to demolish a part of the village and displace 20 people to make way for an Israeli settlement following a 13-year legal dispute between the Bedouin community and the state.

© AFP 2020 / AHMAD GHARABLI
Fifty People Take Part in Four-Day March for Bedouins' Rights in Israel
The village was settled by the current Bedouin community in 1956 after being evicted by Israeli forces from their land over 10 years before then. The village is considered illegal by Israeli authorities as no legal title was given during the settlement. Planning authorities are set on building a new Jewish town of Hiran on the site. Residents were offered plots of land in a nearby town as compensation.

Israel's Negev Bedouin population is estimated at around 200,000. Most of these were expelled to the West Bank and the Gaza Strip after the 1948 Arab-Israeli conflict. Around 40 unrecognized Bedouin villages currently exist in Israel.