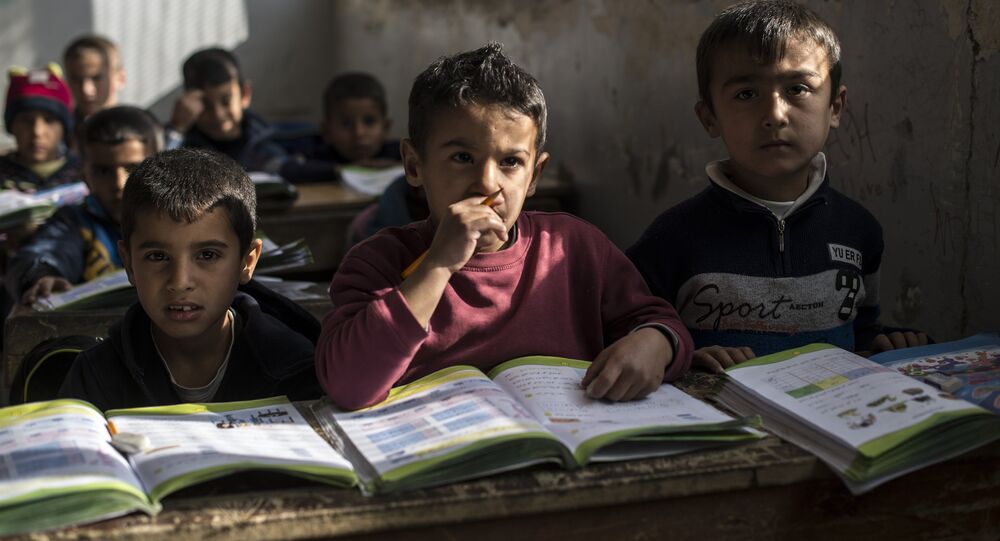 UNITED NATIONS (Sputnik) – According to UNICEF, about 380,000 child refugees are not receiving education, even though there has been an increase in school enrollment of over 50 percent since June 2016.

© Sputnik / Mikhail Alayeddin
China to Provide More Aid to Syria, President Says
"For the first time since the start of the Syrian crisis, there are more Syrian children in Turkey attending class than there are out of school," Forsyth said on Thursday, stressing however that "unless more resources are provided, there is still a very real risk of a ‘lost generation’ of Syrian children, deprived of the skills they will one day need to rebuild their country."

The United Nations estimates that 700,000 people, including 300,000 children, are trapped in 15 besieged zones across civil-war-torn Syria, with nearly five million civilians living in areas that are hard to reach due to fighting and restricted access.