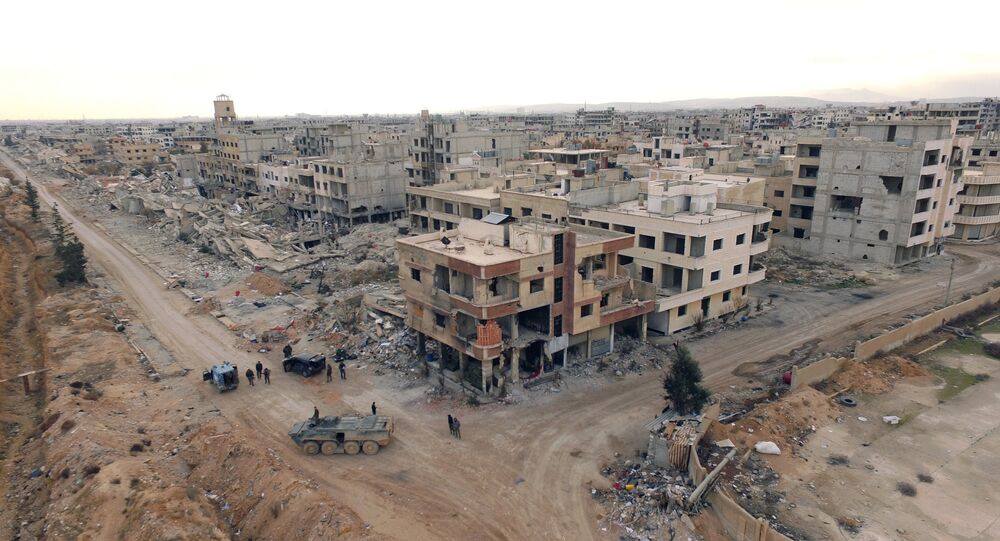 China will allocate an additional 200 million yuan (around $29.3 million) in humanitarian aid to Syria, Chinese President Xi Jinping has announced.

BEIJING (Sputnik) – The aid will be used to help Syrian refugees and all those who have lost their homes as a result of the internal conflict in Syria, Xi Jinping said on Wednesday at the UN Office in Geneva, as quoted by the Chinese Foreign Ministry.

© AFP 2020 / LOUAI BESHARA
About 120,000 Syrians in Damascus Province Receive Aid
Chinese Deputy Permanent Representative to the United Nations, Ambassador Wu Haitao, stressed last month that China was calling on the international community to seek political settlement of the Syrian conflict as well as to fight terrorism and provide the Syrian people with humanitarian aid.

Syrian government forces have been fighting against multiple opposition and terrorist groups, including Daesh, which is banned in Russia and a range of other states) and Jabhat Fatah al Sham, formerly known as Jabhat al-Nusra, or Nusra Front. The Syrian civil war has been ongoing since 2011.