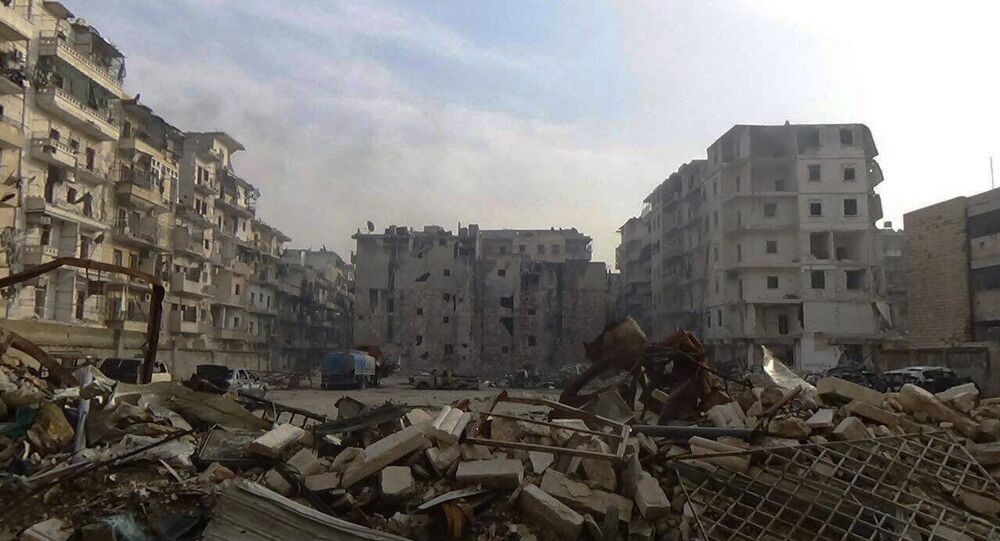 © Sputnik / Evgeny Yepanchintsev
Russian, Turkish Jets Conduct First Joint Operation in Syria's Aleppo
Syria's civil war between government forces and a wide range of insurgents, including opposition groups and terrorists, has raged for some five years and has claimed hundreds of thousands of lives. Aleppo, fought over since 2012, was liberated and fully retaken by the government in late December.