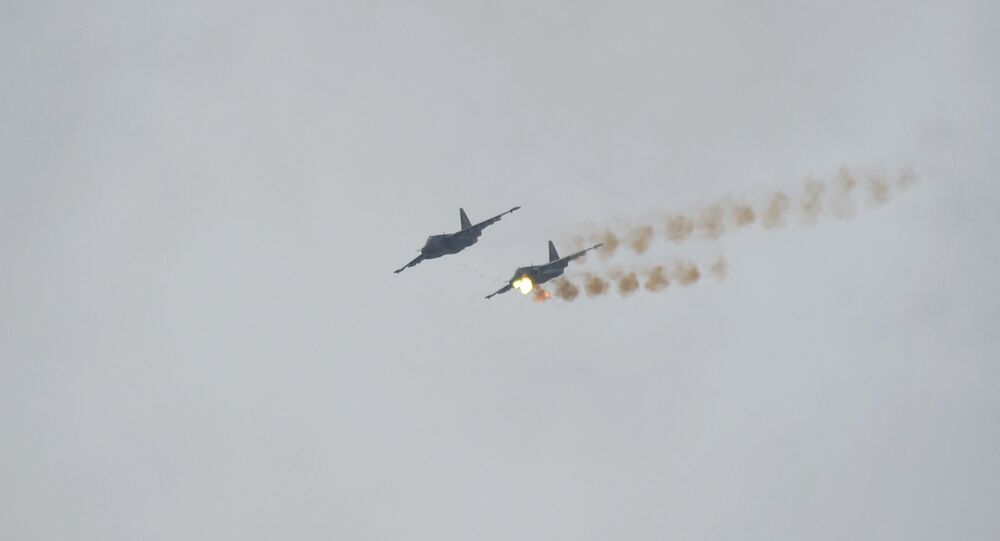 The Russian General Staff said that Russian and Turkish military aircraft have conducted their first joint operation in Syria.

The Turkish Air Force and the Russian Aerospace Forces have carried out their joint operation against Daesh near Al-Bab in the Aleppo province.

A total of 36 targets have been destroyed by Russian and Turkish military jets, Rudskoy said.

"A total of 36 targets have been struck. I want to emphasize that they have been agreed in advance through General Staffs and commands of aviation groups of the two countries."

© AP Photo / Andrew Harnik
'Deeply Humiliating': Syrian Ceasefire Agreed by Russia, Turkey Leaves Obama, Kerry 'Completely Sidelined'
According to the first estimates of the results of the Russia-Turkey joint airstrikes in Syria, they have been highly effective, he said.